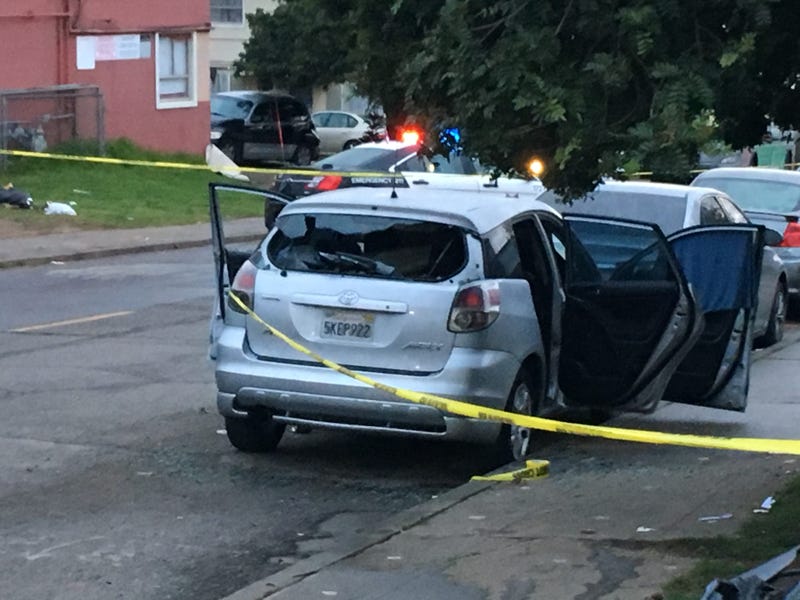 Photo credit Tim Ryan/KCBS
By Tim Ryan KCBS All News 106.9FM and 740AM

It happened at about 5:45 a.m near 1800 Sunnydale Avenue, in the city's Sunnydale public housing complex

“Officers were patrolling the area, they hear some gunshots, they drive down here and they find a man shot,” said SFPD Sgt. Daniel Manning.

The victim, who was approximately 40-years-old, was taken the hospital in critical condition and died several hours later, according to police.

A parked Toyota Matrix happened to be in the line of fire. “The car is another victim,” said Sgt. Manning. “It was just in the wrong place at the wrong time. It suffered numerous gunshot wounds to its body.”

Someone may have been living out of the car but it is not known at this time if anyone was sleeping inside when the shots were fired.

“There definitely could have been someone in there,” said Sgt. Manning.

The search for a suspect is ongoing.