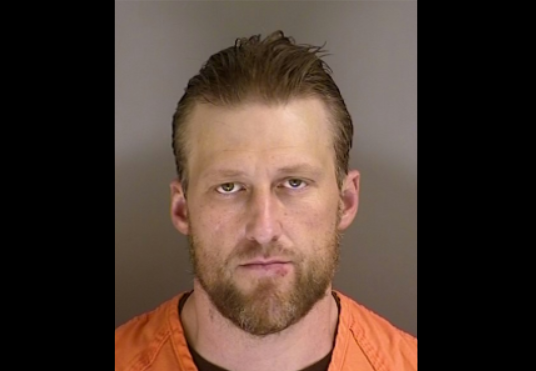 An arrest has been made in Santa Cruz County after a firefighter’s wallet was stolen from his trunk and his accounts drained.

"I’m really going to advocate to have this guy held accountable on this, this is just unacceptable," said Sheriff Jim Hart. The victim is a firefighter who came from out of town to battle the CZU Lightning Complex fire.

CAL FIRE officials said the firefighter was out directing crews when the department vehicle was broken into. The suspect allegedly used the firefighter’s credit cards and nine gift cards.

Officials did not specify how much was spent, but one transaction was for $1,400.

Investigators received an anonymous tip that directed them to Johnson after releasing surveillance footage of the suspect. Hart said Johnson confessed to the theft and wrote a letter of apology to the victim before his arrest.

Many community members reached out and volunteered to pay off the firefighter’s debts.

"Fortunately, his bank and his credit card company reversed all charges and so the victim - the firefighter - in this case told us, 'Hey I’ve been made whole, everything’s been reversed,'" said Hart. "So he wanted to extend his appreciation for all the support and the offers but he said he’s good now and all he wants to do is get up on that fire line and do his job."