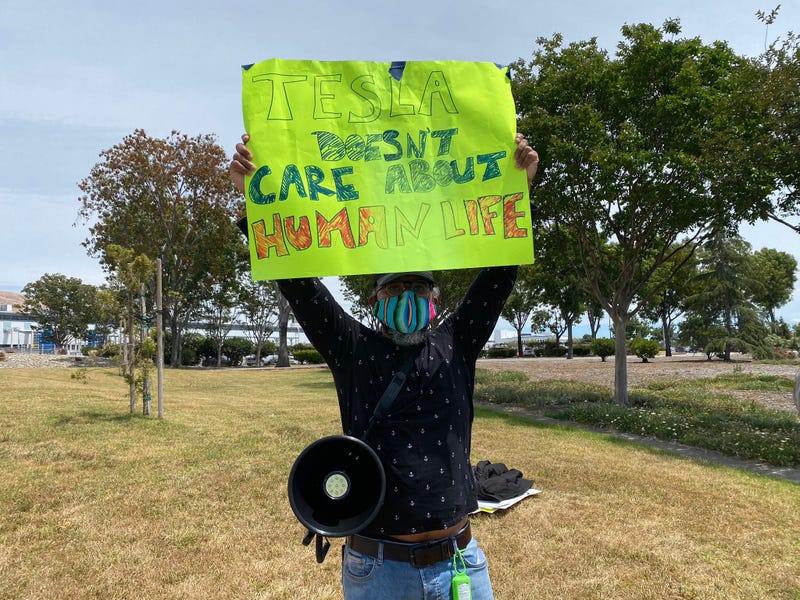 Tesla workers are demanding stronger safety protections after hearing reports that some employees at the Fremont plant have tested positive for COVID-19.

Carlos Gabriel started working as a Production Associate at Fremont’s Tesla Factory at the beginning of this year, but hasn’t returned to work since the plant reopened in mid-May.

“I’m not afraid to lose my job because I’d rather lose my job than my life,” Gabriel declared over loudspeaker at a rally outside the factory’s front gates.

He joined a group called The Worker’s Solidarity Action Network to call on California Governor Gavin Newsom to send a thousand officials from Cal/OSHA to inspect Tesla’s factory to ensure the company is complying with safety and sanitation guidelines.

Activist Steve Zeltser was also at the rally and called for accountability in safety.

“One of my co-workers said he knows the person that’s been infected, so I don’t trust that Telsa has the workers’ best interest in mind,” he said.

Telsa did not immediately respond to a request for comment.