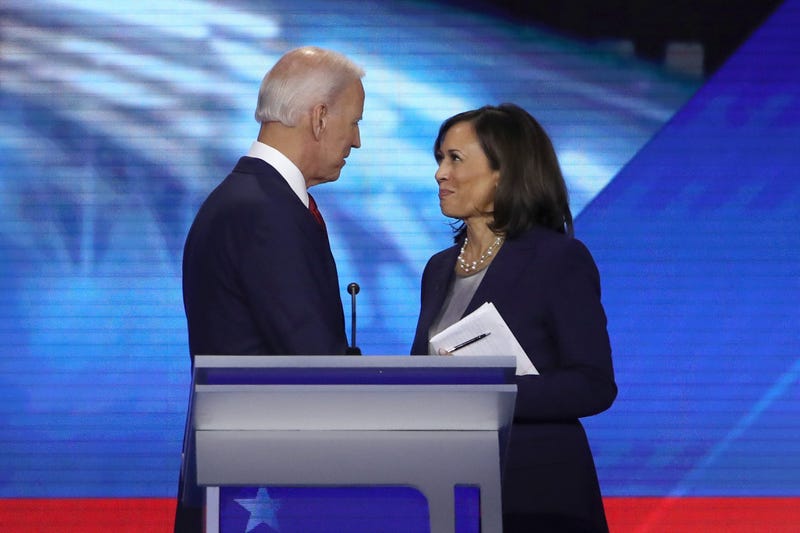 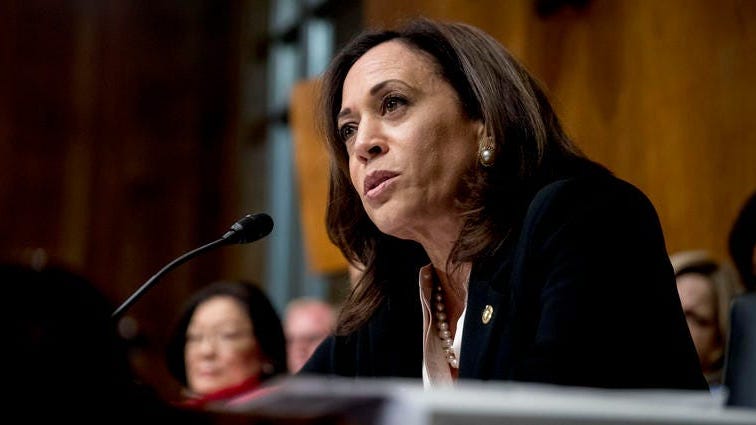 It’s been a milestone day for California politics, as Joe Biden chooses Senator Kamala Harris as his running mate.

Harris will be the first Californian ever on the Democratic Party’s national ticket as well as the first woman of color nominated by either party.

She is the first Black woman and first Asian woman - her mom was from India - nominated for either vice president or president, as well as the first person from Oakland. It’s a day of many firsts for the U.S. Senator, former San Francisco District Attorney and California Attorney General.

.@JoeBiden can unify the American people because he's spent his life fighting for us. And as president, he'll build an America that lives up to our ideals.I'm honored to join him as our party's nominee for Vice President, and do what it takes to make him our Commander-in-Chief.

For more, we were joined on KCBS Radio’s "The State Of California" by Christine Pelosi, a San Francisco attorney and member of the Democratic National Committee, She’s also the long-time chair of the women’s caucus of the California Democratic Party, and of course, the daughter of Speaker of the House Nancy Pelosi.

Were you surprised at all that Joe Biden went with Kamala Harris?

I was just absolutely thrilled that Kamala Harris was selected to be the vice president of the United States. I think it’s so exciting. You never want to say surprised, because I had sort of left it to Joe, thinking the vice president knows the gold standard of public service and loyalty and commitment to the issues. I figured he would make a choice that he felt very excited by. If anything, I was surprised at how excited I was, even though I was halfway expecting it. I’m very excited today and our phone lines are blowing up with women and men from the state and around the country who can’t wait to get going on Biden/Harris.

A lot of progressives in the party seem to have a distrust of Senator Harris. How concerned are you that this pick won’t energize the young voters in the Democratic Party?

Both Joe Biden and Kamala Harris are coming into the convention with a very strong commitment to uniting the party. One of the things they’ve been very focused on is how to lift up a new generation of people running for public office. Kamala Harris traveled all around the country, not only when she was running for president, but before she filed and after she lost, campaigning for other people, including new people. I think her commitment to bringing new people into leadership is significantly important. When you think about what the overwhelmingly positive reaction has been, particularly in the Black community, people look at that and know this is very historic that’s coming at a time when we’re in a pandemic that is disproportionately hitting communities of color. This is at a time when we’re looking at police violence that’s also being directed disproportionately at Black and brown communities. So to have a woman representing those communities, who lived that every day and who has grown and evolved to a more progressive position on both health care and police reform over the years, I think there’s a time for progress. We feel that this is an inspired choice and we can look at her platform, but not only trust the person, but trust the process. Trust that Kamala Harris is open to change, just as Joe Biden is open to policies that reflect the new reality of today. That’s ultimately what our goal is. If you don’t agree with me today, I hope that I can convince you to agree with me tomorrow, to give me a voice in your decision-making process. I think Kamala is very open to doing that.

The State Of California: Moving Forward From The State's Data Meltdown