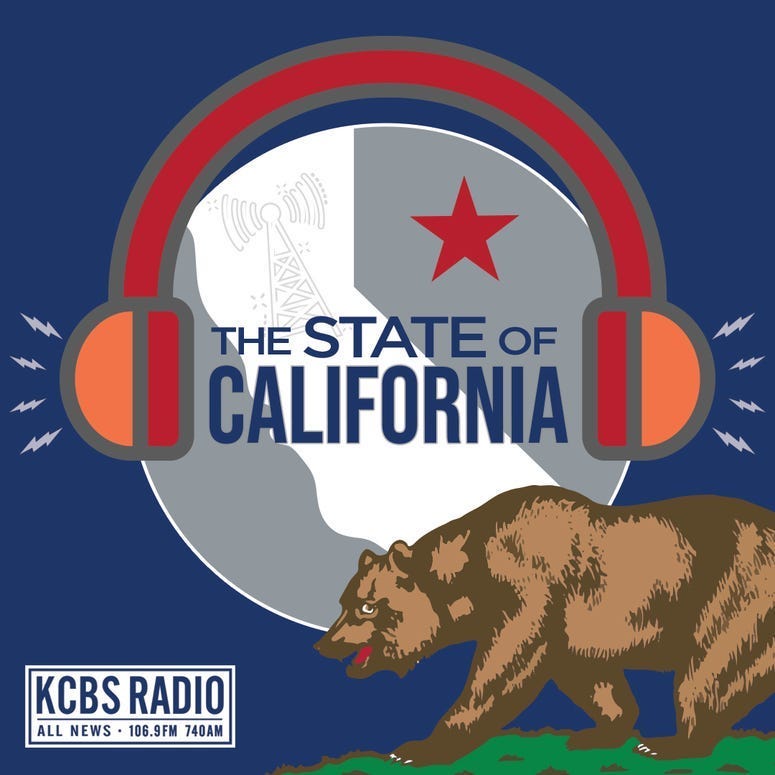 August 8, 2020 08/08/2020 1:00 am
The employment picture brightened a bit today, with unemployment falling, but California’s economy is still sputtering, and probably will for months to come

Meanwhile, the presidential race is heating up, with Joe Biden expected to choose his running mate sometime next week.

One of those who’s in a position to weigh in on both of those topics is Tom Steyer, the San Francisco businessman and environmentalist who ran for president this year. He is now not only very much campaigning and fundraising for Joe Biden, he is also co-chair of Governor Newsom’s coronavirus economic recovery task force. He today joined The State of California.

Q: There are many in California who say the Governor is making your job more difficult, by keeping so many elements of it shut down…that he should allow more businesses to reopen. On the other hand, a majority of Californians think the governor reopened too early, and that let the virus resurge. What do you think? Did we reopen too soon?

I think Gavin Newsom has done the exact right thing, putting health first, and realizing that to have a robust recovery we have to have this virus situation under control. He was the first person to close down in the United States of America and he said from the beginning that we're going to have a dimmer switch, it's going to be an iterative process so that as we reopen if we see a rise in the virus, than we're going to dim it down and slow down to make sure that we can put health first. There were protocols in the place, we didn't do it too fast, but people didn't obey the protocols, so in the places where the virus has surged they've closed some of the restaurants and indoor dining, and launched a big public service campaign to say we're serious about masks, we're serious about social distancing. If we're going to get back to a robust economy, we have to protect each other, we have to protect working people, we have to protect our customers, so let’s all do our part - wear a mask, social distance, and wash your hands. The Governor’s actually been right on about this in the way he’s carried it out.

Q: In terms of the vaccine ‘wild card,’ do you have to plan things out pre and post vaccine?

Q: Is there a better alternative to the dimmer switch for small business, which creates uncertainty for business owners as to when they can and can’t operate?

I am really sympathetic to small businesses, I know that small business people are more vulnerable to this kind of sharp economic downturn than big businesses that have access to the capital markets and have big cash reserves. One of the first things the task force did was a campaign to support small businesses called “Shop Safe, Shop Local” that involved trying to direct consumers and shoppers to those businesses and trying to help them get the expertise to change their business and put things online.These steps are critical to the employment situation in the state.

Q: You’re plugged in with the Biden campaign, who do you think he’ll pick as a VP and who would you like to see?

Let me say this, I don’t have any inside information, but I think that there are multiple good candidates. There are at least two great candidates that are being strongly considered from here in California, Kamala Harris and Karen Bass, I know both of them have a lot of respect for them and think they would both be fantastic Vice Presidents. I trust Vice President Biden to choose somebody for this job that he personally can work with, who can step in and be a great partner for him, and also can represent the American people. Those two happen to be two of my absolute favorites, I would love it if either of those were chosen.

You can hear The State of California every weekday at 3:30pm, It’s also available at KCBSRadio.com and wherever you get your podcasts.  And you can find Doug Sovern on Twitter @SovernNation.