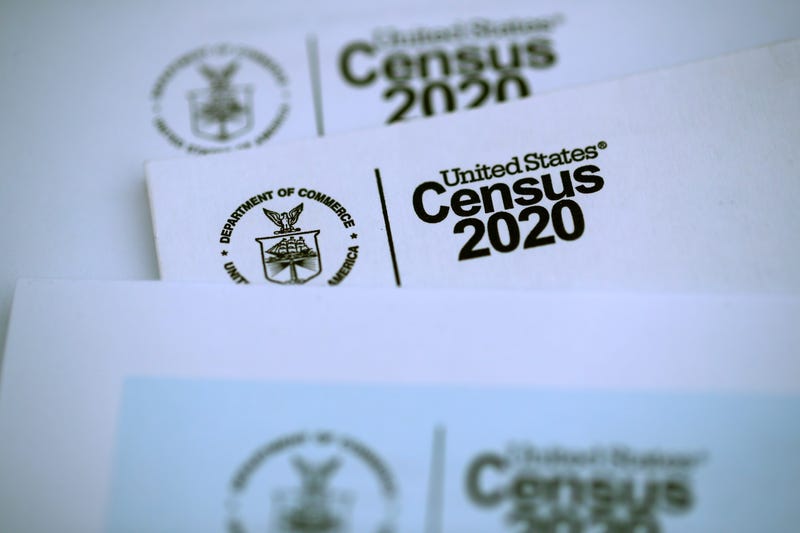 The U.S. Census Bureau said this week it will stop counting Americans a month early, wrapping up the 2020 census at the end of September, instead of by Halloween.

That is prompting concern, even outrage, from a wide range of groups concerned about a complete and accurate count. California could lose billions in federal funding and a seat or two in Congress if the census doesn’t count everyone who lives in the state.

State officials and a broad coalition of groups are launching an all-out effort to get every Californian counted, with a statewide "Get Out the Count Day" Thursday.

The idea is to make a final push to get people to fill out those forms, so the early cutoff of door-to-door counting won’t hurt the state so much.

For more on this, we were joined on KCBS Radio’s "The State Of California" by Assemblymember Marc Berman.

His 24th District covers the southern end of San Mateo County and the northern stretch of Santa Clara County. He chairs the Assembly Committee on Elections and Redistricting.

The Census Bureau must reconsider its decision to end counting operations a month earlier than planned. The Constitution is clear that EVERYONE living in the United States must be counted, and this decision will hinder the bureau’s ability to do so. pic.twitter.com/dWwYBTqoqv

U.S. Senator Dianne Feinstein is the latest California politician to denounce this shortening of the count. She sent a letter Wednesday to the Census Bureau demanding the count go on. What is your reaction to the decision to stop counting a month early? How worried are you about the potential impact of that?

I’m very worried about the impact. The reality is that the only reason you’d stop counting a month earlier than you had planned to finish is if you’re actively not trying to get a complete count. So it’s concerning that the U.S. Census Bureau has cut short this time frame and it means that we have even more work to do and even less time than we expected.

California has never lost a seat in Congress based on a census, it’s only gained them. Is there a legitimate concern the state could lose seats?

It’s a very legitimate concern. Even before the complications of COVID and concerns about questions that are no longer going to be on the census, just from population stagnation California was going to be at risk of losing a possible seat in the U.S. House of Representatives. Like you said, that would be the first time in our state’s history that would happen. That’s why we’ve put so much time, effort and resources into our census outreach efforts and we’re trying to impress upon everybody that it’s so important for them and their community that they can counted in the census. That they get to financial resources back from the government and that they have the political representation in Congress that California deserves.

How much does an undercount hurt California?

It could cost us billions of dollars a year for the next decade. That’s goes to over 100 different programs that our communities rely on that are really important to the strength of our neighborhoods, including money for hospitals, money for schools, money for roads, food programs in our communities that are so desperately needed because of COVID unemployment. It is really so important for the next decade for California that we have a complete count. Every person who is not counted, that could be $1,000 less per year that California receives back from the federal government. Hopefully, people realize that their participation and their family’s participation in the census generates thousands and tens of thousands of dollars for California over the next decade.

Will people even answer their doors anymore because of the coronavirus pandemic?

You’re absolutely right. It’s a huge complication. The COVID pandemic and the shelter-in-place orders hit right as we were pivoting to our census outreach. The Census Bureau and census workers are going to begin going door-to-door again August 11, so we really want to make sure that folks realize that people will be going door-to-door. They have masks, they’re trained to maintain proper physical distancing and to help you fill out the census in a safe way. They’ll have an ID badge with their photograph. Many of them will carry a bag with the Census Bureau logo. We want people to know that it’s okay if someone from the Census Bureau comes to your door. Go online now and fill out the Census or call the toll-free line to fill out the census now. If you do that, nobody will show up at your door and you don’t have to worry about it.

President Trump has tried to ensure people in the country illegally will not be counted. How has this been handled in the past?

Every census, every person in the United States, every person who lives in California is counted by the census. It’s in the Constitution. If I recall correctly, I believe it’s the 14th Amendment. That is always how it’s been interpreted. I’ve seen the president’s memo, it wasn’t even an Executive Order, but a memo he put out as a distraction and as an attempt to discourage people who live in California and people who live in other states from rightfully being counted. It’s so important that everyone have their voice heard. It doesn’t matter if you’re here as a U.S. citizen, as an immigrant with papers, as an immigrant without papers. You have the right to be counted in the census. It’s so important for our communities that we know who lives in our communities. It’s really important that everyone participate and I do want to emphasize that it is safe to participate. Census data cannot be used by any other government agency, period. Census workers cannot give your information to anybody else. It’s actually a felony and they can be fined a significant amount of money and possibly end up in jail for doing so. It is remarkably safe to participate in the census and so important to your family, your community that you do so.

The State Of California: Tax The Rich?