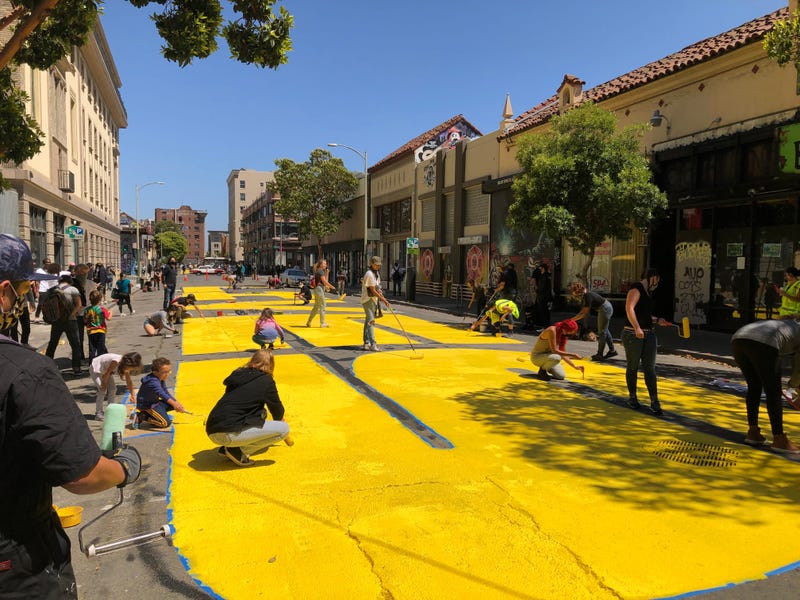 The grassroots effort was conceived by Poncho Kachingwe, the owner of the nearby bar/gallery The Hatch.

#Oakland has another mural. Amazing artists got together to bring this beauty to 15th street. pic.twitter.com/QuhBz5ckav

The street art project started late Saturday, when demonstrators took over the stretch of 15th Street and began making preparations to paint the slogan. At one point, Oakland Police officers demanded that organizers hand over their tape measures so for a while, the letters were marked off freehand. Later, word went out from Oakland City Hall: let the painters paint. The tape measures were returned by police and preparations continued.

“This is very unique," Gwen said, who showed up to protest. "I was expecting to put my fists in the air and march, but this is just a different outlet for the same emotion. It’s so inspirational. It brought me to tears.