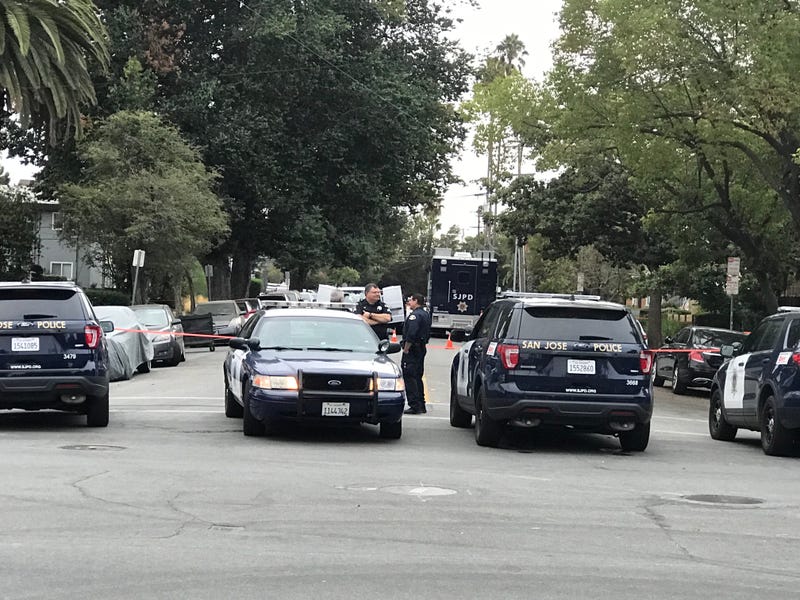 Shots were fired on the 600 block of S. 8th St. at about 10 p.m., killing two. While it was initially reported that three others had been wounded, police later located an additional victim. The surviving victims have been hospitalized with injuries that are not life threatening.

"Right now we don’t have a suspect, motive or description," said Sgt. Christian Camarillo. "We’re asking for the public‘s help, if they know something, to please get in contact with our homicide detectives."

The shooting happened just a few blocks from San Jose State University, although at this point there is no clear link to the school.

“There is no public safety threat right now. If there was one we would absolutely put that out," said Camarillo.

There was a strong police presence at the scene Wednesday morning, as well as several mourners.

While police released little information, a young man at the scene who told KCBS Radio that one of his friends is among the dead, said that his friend had gathered in a group of about 20 people to mourn someone who had recently died in a car crash. The young man said the group had brought flowers to their friend’s home for a street memorial when, he was told, a black car approached the home, slowed down and opened fire.

According to this man, the victims are young men and women aged 19-20. Several are students at De Anza College and West Valley College. The victims are not believed to have gang affiliation.

Police have not confirmed these details but are expected to release more information later Wednesday.