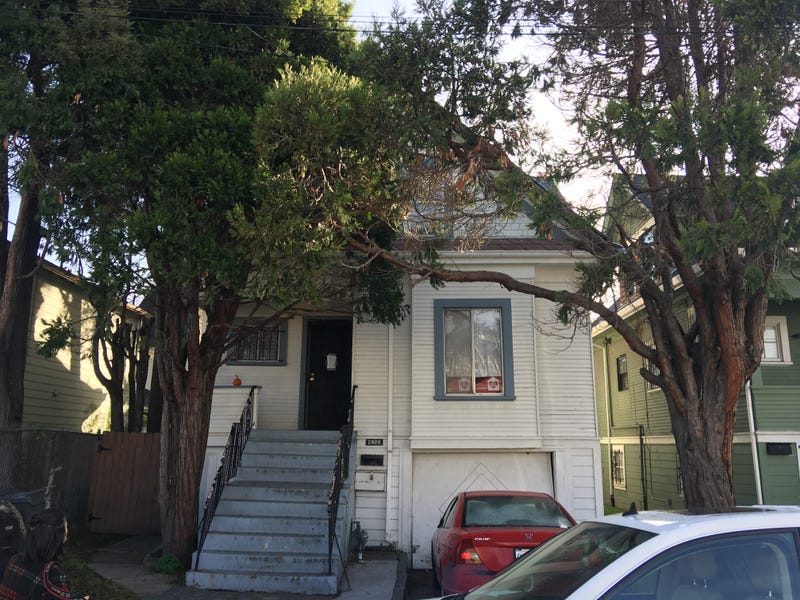 January 6, 2020 01/06/2020 6:15 pm
(KCBS Radio) —A group of homeless moms whose members have been squatting in a vacant house on Magnolia Street in West Oakland has brought a key piece of information to light.

Moms 4 Housing had claimed when they moved into an unoccupied house that there were enough uninhabited buildings in Oakland to accommodate every homeless resident of that city.

They're most likely right, according to the Mercury News, which reported on data from the U.S. Census that found there are just under 6,000 vacant homes in Oakland, and just over 4,000 homeless residents.

As many as 46,000 homes in five Bay Area counties are empty, the Mercury News said. That number includes new houses that haven't yet been occupied.

"It's been a real struggle out on the streets for people that are homeless," she said. "It's not right for children to be homeless."

But Joe Barker, who lives across the street from the home the squatters have occupied, isn't sure what they're doing is right.

He told KCBS Radio he understood their plight, but could see the other side as well.

"I think it's terrible, but I can't think the burden should be on the property owners to decide where everybody should live," he said.  "I'm looking to possibly buy a property someday. I don't have one now, but I don't want to think that someone could just move in and I would have to fight to get them out."

Activists believe, given the sheer number of homeless people created by the Bay Area's housing crisis, even one vacant house is too many.

Oakland City Council member Nikki Fortunato Bas last month took developers to task for not opening properties to people who need to get off the streets.

"What they are doing is unconscionable, because everyone deserves a home. Housing is not a commodity; housing is a human right," she said.

A judge has granted the moms staying in the house on Magnolia Street a temporary reprieve while he decides their case.