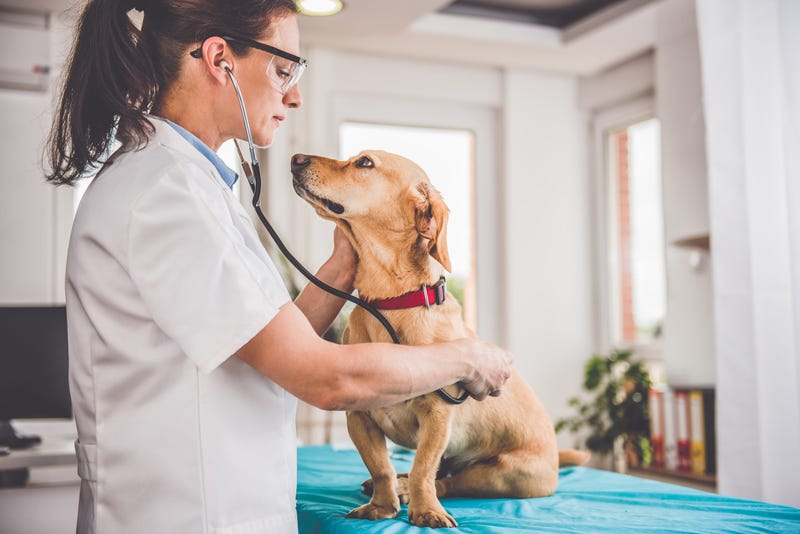 Photo credit Kerkez/Getty Images
By Rebecca Corral KCBS All News 106.9FM and 740AM

(KCBS Radio) – Veterinarians are up to 3.5 times more likely than the general population to die by suicide.

A new study by the Centers for Disease Control and Prevention examined the deaths of 11,620 veterinarians from 1979 through 2015 and found nearly 400 deaths by suicide in that time period. Male and female veterinarians were 2.1 and 3.5 times as likely as the general population, respectively, to die by suicide.

“There’s no one reason why veterinarians die by suicide,” says Dr. Melanie Goble, a veterinarian in Wisconsin and founding member of the nonprofit Not One More Vet. But there are plenty of stressors. “We have issues with cyberbullying; we deal with euthanasia on a regular basis. We also have higher levels of anxiety and depression, high debt to income ratio.”

Dr. Goble says veterinarians regularly deal with emotional distress when they lose a patient. “Today I had an exploratory surgery that the results were bad and we had to euthanize. And it breaks my heart. The family was wonderful, the patient was wonderful, but I euthanized because it was something we couldn’t fix.”

Not all families are as understanding. Veterinarians are often met with anger and even threats of violence when they lose a patient. “One of our board members received a lovely card in the mail,” says Dr. Goble. “But then she opened it up and it was a death threat.”

Many patients do not have adequate health insurance either, and families are often unprepared for high bills, which can provide another source of anger and harassment.

Outside of the office veterinarians face mounting financial stress, accumulating the same level of student debt as doctors who treat human patients but without the high salary when they graduate. “The average is between $150-200,000 in debt, and when you graduate you might make $60,000 a year,” says Dr. Goble.

Not One More Vet works to reduce these stressors by raising awareness of the problem and providing financial and emotional support to veterinarians in crisis.