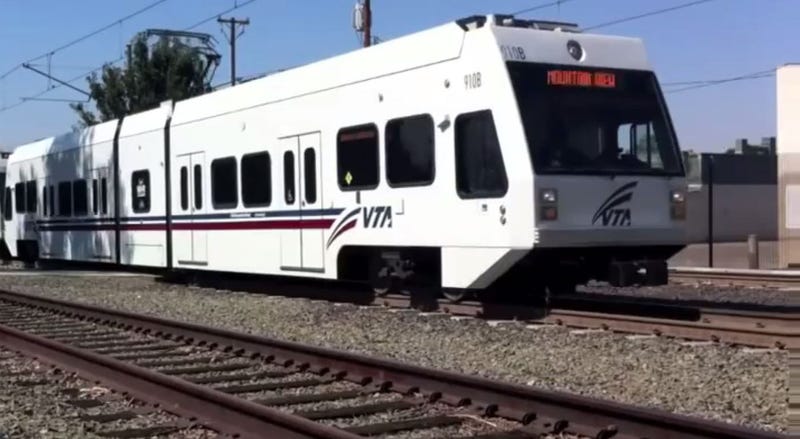 The Valley Transportation Authority has suspended all light rail service after an operator tested positive for the coronavirus.

Service was halted Wednesday around 11:30 p.m. VTA spokeswoman Brandi Childress said roughly six trains were in service at the time, and platforms were searched to ensure that no passengers were left stranded.

VTA General Manager Nuria Fernandez notified all employees at about 1 a.m. Thursday morning that an operator trainee had contracted the virus.

All operators have been told to immediately self-quarantine.

The agency says it is working with the Santa Clara County Department of Public Health to investigate the extent of the exposure. All trains have been pulled from service for deep cleaning.

Rail service will be replaced by buses, and officials say it will be a relatively simple change as ridership on the system has dropped by 82% since GoV. Gavin Newsom placed California under a stay-at-home order.

VTA has been asking all passengers to board through the rear doors to reduce exposure to operators. The agency is also not collecting fares during the outbreak.

Santa Clara County has been hit the hardest in the Bay Area with 459 confirmed cases and 17 deaths as of Thursday morning.