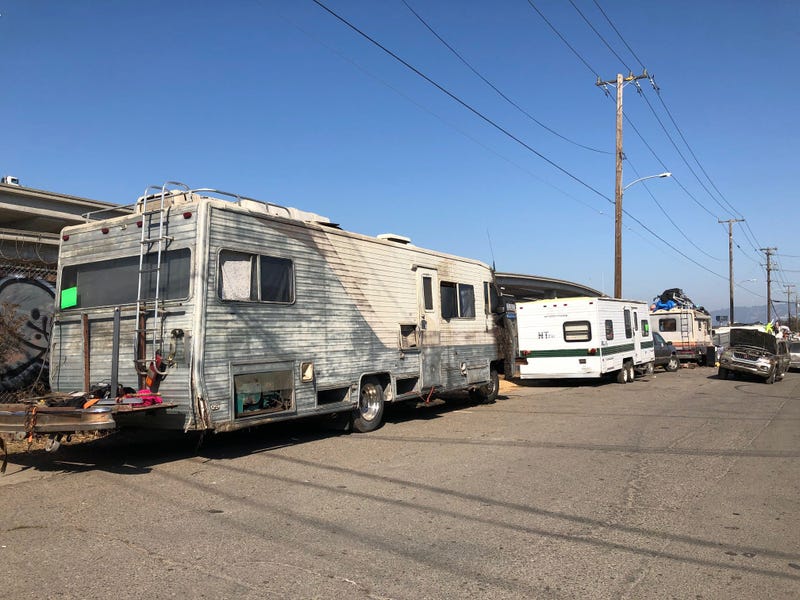 Oakland city officials have broken up a large homeless encampment on Wood Street in West Oakland to make room for a new RV park.

Crews removed more than 100 vehicles, which were either abandoned or parked illegally on the four-acre property.

Joe DeVries, assistant to the city administrator, said once the land is cleared and raided, the city will install fencing, electrical service and other amenities to regulate a new, safe RV parking site.

“This is no regulation, it’s chaos,” DeVries said. “What we’re doing is creating a site eventually, once this gets cleared, where there will be rules; there will be structure, and people will feel safe and secure.”

Crews clear out 100+ abandoned vehicles from homeless encampment on Wood Street in West #Oakland. The city wants to make room for a Safe RV parking site. A push toward solving the housing crisis. @KCBSRadio pic.twitter.com/GhtFQ9HVDD

Homeless activates are against the closure because they worry that the several dozen people living here will be kicked out and offered no alternative. .

But DeVries said that’s not the case, as the city is encouraging those people to join a waiting list to move back onto the site when it reopens.

“They’re being offered the opportunity to use the church parking lots that are available to them, and they’re being told that we have to tow their vehicle that they’re living in off the site,” DeVries said. “But we’re not going to impound it.”

It remains unclear when the site will open, but when it does, it will house up to 60 vehicles for two to three years.