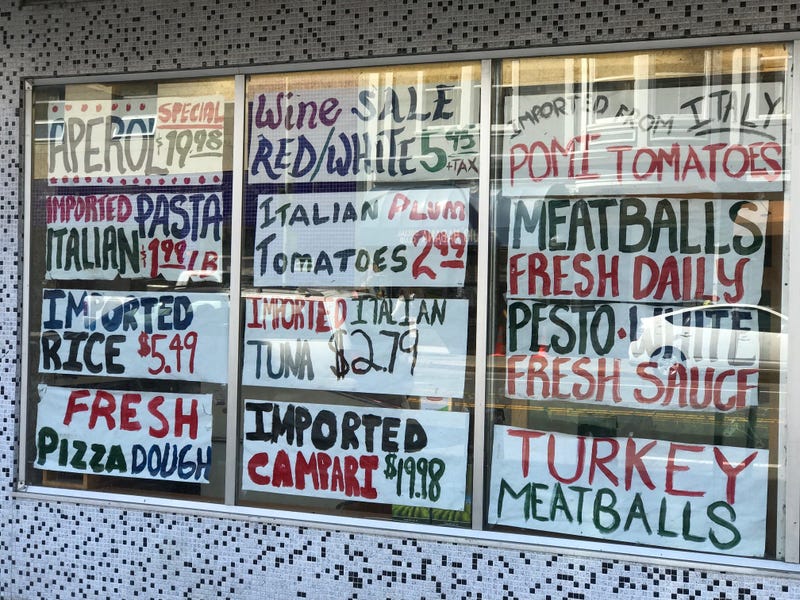 SAN FRANCISCO — Customers have been crowding 94-year-old Lucca Ravioli since the owner announced that he plans to shut the beloved Italian deli next month so he can retire and sell the building.

Manager Steve Corbelli offered a glimmer of hope that although the owner plans to close before Easter, the store may remain in a business a little longer.

"There might be a possibility where we could stay open a little longer," said Corbelli. "That's in negotiation right now. So one never knows."

Shoppers bracing for the inevitable end have been stocking up on imported specialties and the grocery's signature ravioli.

Although the owner of Lucia Ravioli in the Mission neighborhood has announced plans to close the 94-year-old deli before Easter, the beloved specialty shop’s manager told KCBS Radio that they may stay in business longer than scheduled. Get the details on our homepage — KCBSRadio.com.

"You'll never get these in your life. So if you've never had them, you've got to have them," said James Territo. "It's really one of those things. Once you enjoy these raviolis with your family, you'll be a customer."

Even the red-and-green handwritten signs that line the deli's windows and advertise "fresh made tortellini" and "imported Italian tuna" have turned into collectors' items, said Corbelli. There's a list of customers who've asked to buy the signs, he said.

Another shopper, Cathleen Mullins, lamented that she doesn't know where she'll go when Lucca closes.