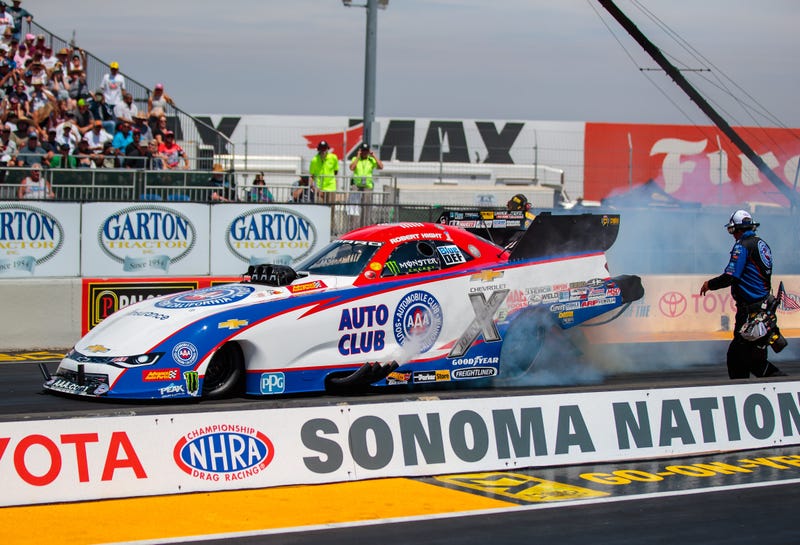 If it didn’t already seem like summer is whizzing past in a blur, this ought to do it: It’s already time for these familiar Bay Area summer events: the San Francisco Marathon, Oakland’s Art and Soul Festival, and the roaring NHRA dragsters in Sonoma. Accompanying them on this weekend’s calendar will be the Gilroy Garlic Festival, the 'Up Your Alley' Street Fair in San Francisco's SOMA, and a music festival in Redwood City's Courthouse Square.

On the transit front, the VTA is running bus to replace light-rail service that some travelers will want to take into account,

Fri, Jul 26 starting at 9pm continuing all day Sat and Sun, Jul 27-28:  Due to ongoing light rail rehabilitation work, VTA will operate bus bridges on the Blue Line (901) and Green Line (902) as follows:

Sun, Jul 28 from 5:30am thru early afternoon: The annual San Francisco Marathon will begin from the Embarcadero and Mission Street at 5:30am, with staggered starts until 6:30am. The race route loops through Fisherman's Wharf, the Presidio, Golden Gate Park, Haight and Mission District, Mission Bay and back to the Embarcadero.

Fri, Jul 26 thru Sun, Jul 28: Sonoma Raceway hosts the NHRA Sonoma Nationals. Yes, it’s the second-weekend-in-a-row of drag racing at the raceway, this one part of the NHRA Mello Yello Drag Racing Series.