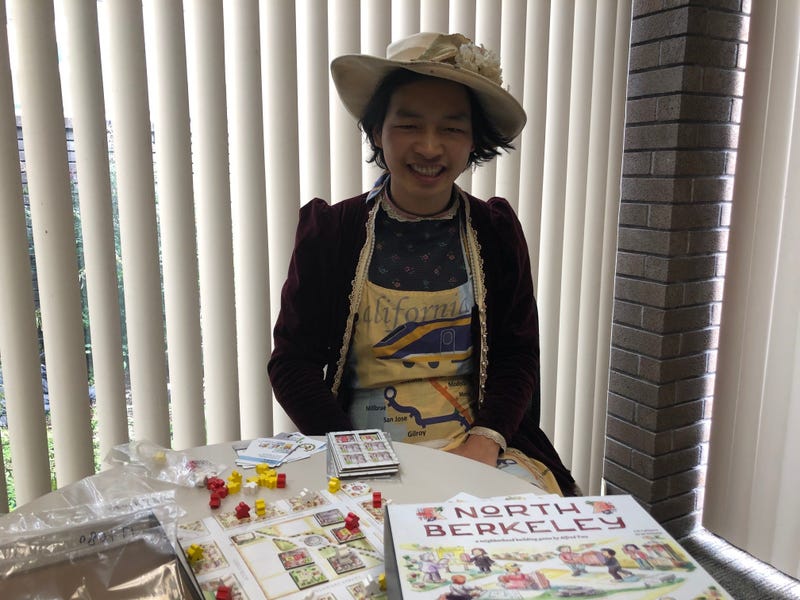 BERKELEY — A former Berkeley City Council candidate is sparking political conversation through board games that he designs.Alfred Twu has created games about California's water crisis and ongoing attempt at building a high-speed rail line. Now, just for fun, he's playing around with the future of the North Berkeley BART station's parking lot — a thorny, local issue and potential site for housing development.

Called "North Berkeley," the board is a layout of the parking lot.

"The game moves very quickly," Twu said to KCBS Radio. "The game has two phases and in each phase, people have to come to an agreement on what kind of housing they want to put there."

Each player is given cards that represent different interest groups:

Twu's creativity and passion for neighborhood issues show up in many ways. He created a buzz with drawings that show how retired BART train cars could be converted into housing — an idea he called "aBARTments" in January.

The game includes red, yellow and white little figures that move around on the board. The red represents the lower class, yellow, the middle class, and white as the upper class.

"Based on what their goals are, you would negotiate with the other players what to build," he said.

The point of the game is that "you get to be somebody who you might not normally agree with," Twu said. "Whoever meets the most of their goals will get points and that's how they win."