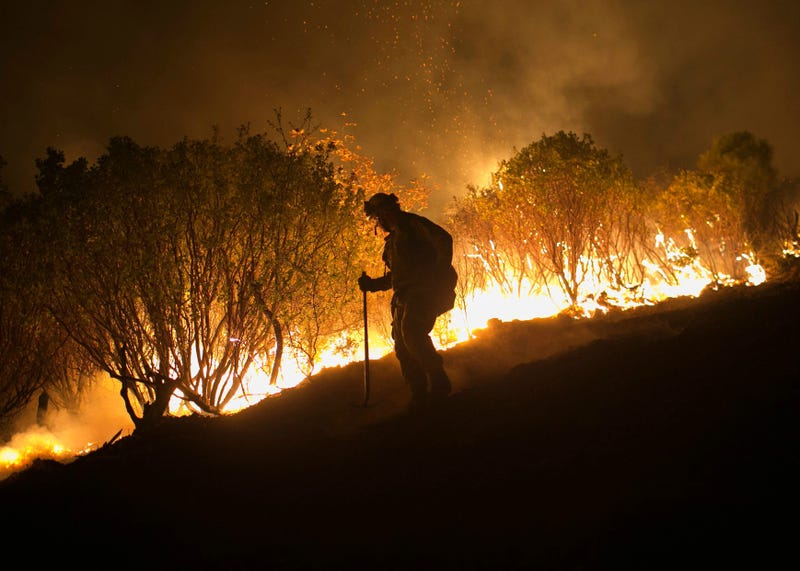 This year's California wildfire season could start early, and be worse than normal by the dog days of summer.

"That's producing a very continuous and a very heavy, dense crop of fine fuels like grasses and smaller vegetation," he told KCBS Radio. "So that's a bit of a concern for us this year as we start moving towards summer." He said as that fuel dries out, its abundance could mean fire season starts earlier than normal, as soon as late May or early June, where urban areas meet wildland and people live in and around foothills and lower-lying forests.

On the other hand, Henry said, the record snowpack should guard against early forest fires in the higher elevations of the Sierra Nevada, where a late snowmelt should prevent major fires until later in the summer.

But by August, Henry expects an above average fire season statewide, which means more, and more destructive, wildfires than in a typical year.

"This is the new normal," he said. "While the actual number of fires has actually gone down slightly, the fires have become much larger, and the frequency of these severe fire seasons is roughly coming out to be once every three to six years. Prior to say 1988, they were a rarity."

The 2018 fire season was the deadliest and most destructive in California history, burning almost two million acres and claiming 104 lives. The worst fires, including the Carr Fire, which devastated the town of Paradise, and the Mendocino Complex Fire, broke records that the state had just set in 2017, when 1.4 million acres burned and 47 people were killed, most of them by the Tubbs, Atlas and Redwood fires across the North Bay Area region.

Henry said much of the nation should experience a below-average fire season this summer, which might free up more resources to help California fight any major fires that do break out. His long range models also show more summer rainstorms than California typically gets, which should prevent a return of drought conditions. But that could also bring more lightning strikes, which can spark summer wildfires.

The NIFC is the federal government's cooperative inter-agency wildfire operation, and includes the National Weather Service, the U.S. Forest Service, the Bureau of Land Management, the National Park Service and four other agencies.

Sign up for KCBS Radio's newsletter and get links to the biggest and most important stories happening in the Bay Area sent straight to your inbox. Sign up here to stay in the loop. ​