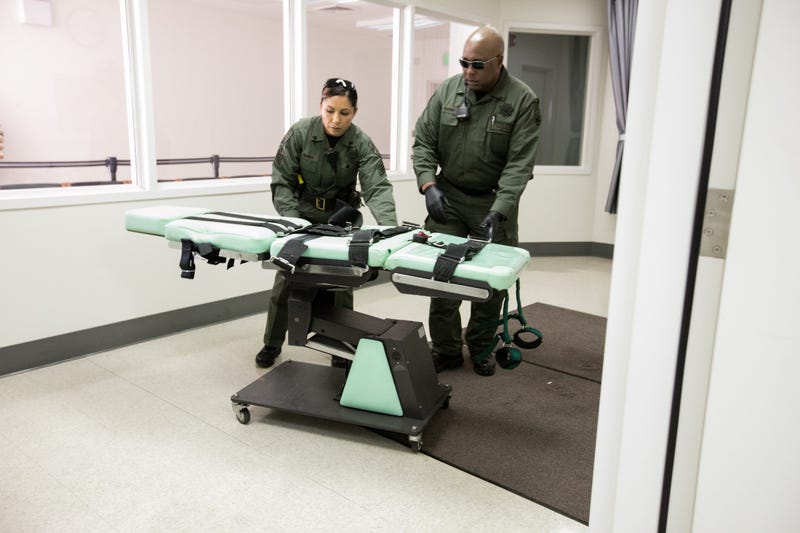 Photo credit California Department of Corrections and Rehabilitation via Getty Images
By Jeffrey Schaub KCBS All News 106.9FM and 740AM

The number of death penalty convictions is growing across California, even though Gov. Gavin Newsom recently placed a moratorium on executions.

When Newsom halted executions of inmates currently on death row, and ordered San Quentin’s execution chambers closed in March, he said it would save the state money.

Yet death penalty cases continue to rack up millions in taxpayer costs, because prosecutors continue pursuing them, according to John Dunham with the Death Penalty Information Center, a non-partisan organization.

District attorneys across the state continue to pursue death penalty convictions because they say it remains the law, no matter the governor’s moratorium.

“There have been five counties in the southern part of the state that have imposed more death sentences than almost any other counties in the entire country,” Dunham said. “And that creates enormous costs.”