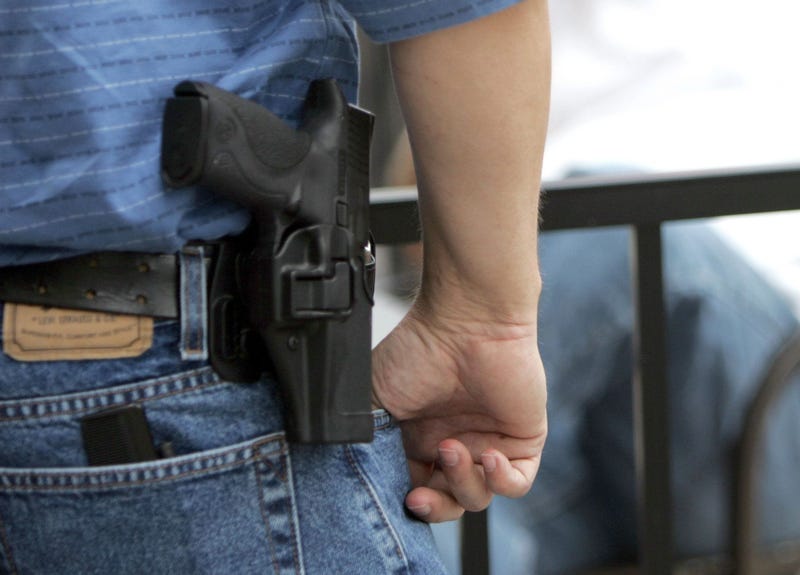 San Mateo County supervisors have taken a step toward requiring gun owners to keep their firearms locked in a storage container in their homes.

Some gun owners worry that the ordinance infringes on their rights while other residents have expressed support for any measure that may keep weapons out of the wrong hands.

Similar laws have faced court challenges, but the authors of this one believe they are on firm legal ground.

Before passing a first reading of the ordinance 5-0, the Board of Supervisors heard from some gun owners who believe that requiring them to lock their guns would defeat the point: that guns should be ready at hand for self-defense.

"The whole idea of having a firearm is to protect yourself from a bad guy,” said John Parkin, president of the Coyote Point Armory in Burlingame. “And a bad guy who comes in with a gun isn't going to wait for you to go get your gun out of storage."

Still, Parkin, told KCBS Radio that he does not expect this ordinance to affect his business if it passes.

"The state of California already mandates that guns be sold with a lock, or that the purchaser has safe storage at home anyway,” he said. However, the state law does not mandate that gun owners make use of the security measures.

Supporters of the ordinance compare it to the history of seat belts in cars, saying auto manufacturers were required to install passenger restraints long before passengers were actually required to use them.

In a statement expressing “strong support” for the measure, Citizens for a San Mateo County Gun Buyback cited an anonymous survey conducted at a recent gun buyback event.

It found that half of the participating gun owners had inherited their weapon, and 45 percent had no formal training for how to handle a firearm. According to their survey, 55 percent of those participants also did not keep their firearm secured with a trigger or cable lock.

“The timing is right for such an ordinance and gun owners also appear to recognize the importance of these gun violence and suicide prevention practices,” the organization said in a statement.

If there's one opinion that opponents and supporters of the proposed gun-locking ordinance share, it's that educated gun owners are safer.

The ordinance is up for a second vote on February 26. If passed, the requirements would take effect after 30 days.