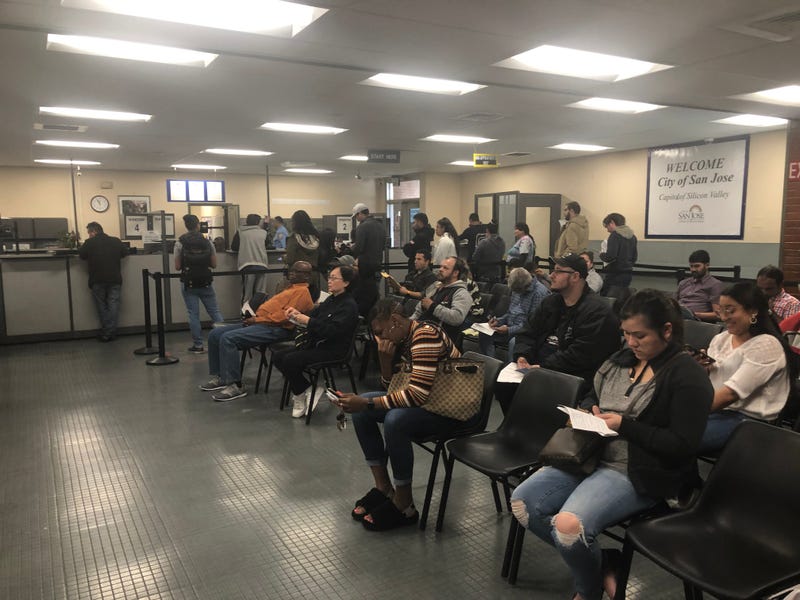 SAN JOSE — In an attempt to avoid lines at the DMV, some drivers buy appointments through companies that reserve blocks of time that would have otherwise been available for free.

But recently proposed state legislation could ban third parties, including Oakland-based YoGov, from selling the appointments like scalpers dealing tickets to sporting events and concerts. Violators could be fined $2,500.

Motorists at the Department of Motor Vehicles office on Alma Street spoke in support of the legislation.

"It's not fair to all of the people that wouldn't be able to afford it," said one man. "It shouldn't be something that you purchase."

The DMV has been the object of criticism due to long lines and the possibly invalid way of it processed Real ID applications.

YoGov CEO Ryder Pearce defended his business, saying that its service could improve drivers' experience with the DMV.

"The DMV's perspective is interesting. They do want to reduce appointment wait times," said Pearce. "We see ourselves as part of that solution."