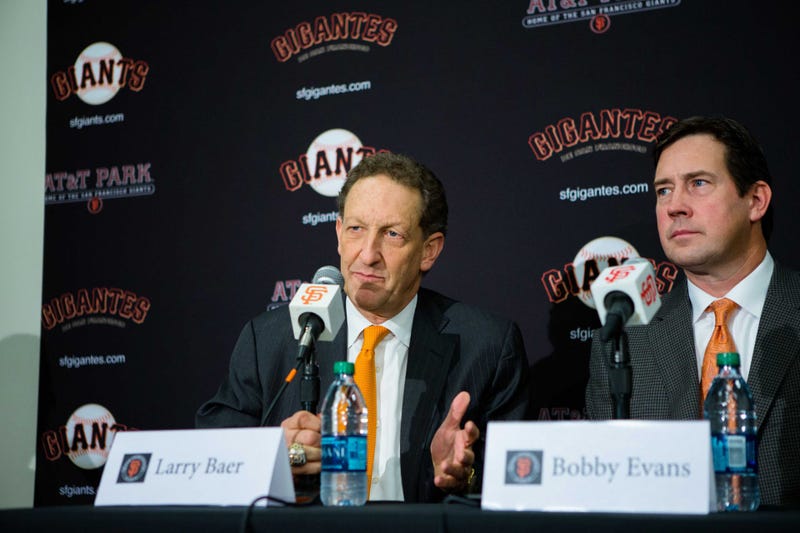 Larry Baer, the San Francisco Giants chief executive, was recorded in a physical altercation with his wife at a plaza in the city's Hayes Valley neighborhood.

The brief video, which was obtained by TMZ, appears to show Baer struggle with his wife, Pam Baer, over control of a cellphone.

Pam Baer fell from a chair and yelled "Oh my God. Help" while Larry Baer stood above her and appeared to grab for the phone. The video lasts only a few seconds and does not indicate what preceded the altercation.

"Regrettably today we had a heated argument in public over a family matter. We are deeply embarrassed by the situation and have resolved the issue," the couple said in a statement released through the Giants organization.

The San Francisco police and Major League Baseball officials have said they are investigating.