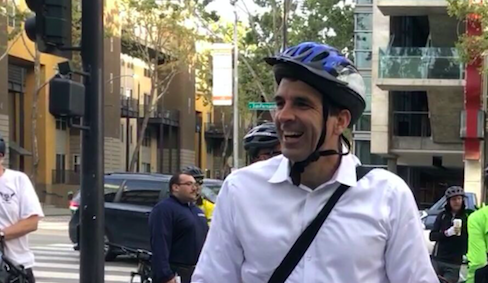 By KCBS Radio Afternoon News KCBS All News 106.9FM and 740AM

San Jose Mayor Sam Liccardo informed city workers that he's rejecting a pay raise of nearly $60,000 that was approved for him by an independent commission.

In a memo sent Tuesday, Liccardo said he doesn't think he or future mayor should receive more than 3 percent salary increases, similar to the bumps given annually to other municipal employees.

The San Jose Salary Setting Commission, which was created in the Measure U ballot initiative last year, had approved paying Liccardo $190,000, a boost of almost 30 percent. The commission also had approved salaries of $125,000 for the 10 City Council members — representing a raise of $28,000 or 22 percent.

“When voters last year authorized the Salary Setting Commission to decide on the salaries of sitting council members and mayor, I doubt any of our residents had in mind the magnitude of increases proposed by that commission,” said Liccardo in a statement. “Our city colleagues don’t earn salary increases of that nature, and we have ominous signs of budgetary challenges ahead  — that’s why I’m calling for a reduction of the mayoral salary increase to something more modest.”

The salary commission had been created in an attempt to eliminate controversies surrounding raises by removing the mayor and council members from decisions about their pay.

Earlier on Tuesday, Councilman Johnny Khamis told KCBS Radio that he welcomed the raise and thought it could lead better candidates to seek public office.

"It is hard to live on this income if you're a single breadwinner in the home," said Khamis, "and I think this will give an opportunity for more people with various backgrounds to actually apply for this position."