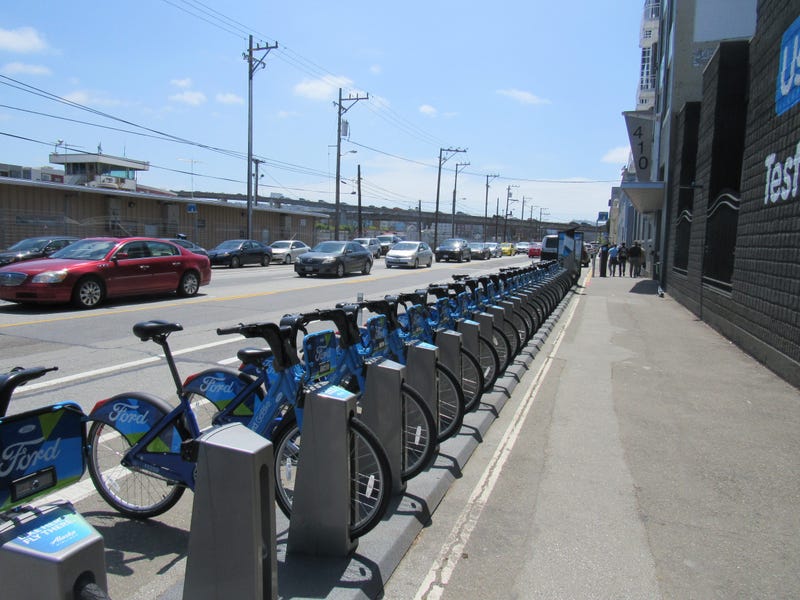 The electric bikes available for rent through Ford GoBIke have been removed from use in San Francisco, because of reported problems with the brakes.

There have been complaints from riders that the brakes on the front wheel are stronger than expected. That could potentially cause a cyclist to flip over the handlebars of the bicycles.

Ford GoBike, which is owned and operated by Lyft, has hired an engineering firm to try to figure out what's causing the supposed performance problem.

After a small number of reports and out of an abundance of caution, we are proactively pausing our electric bikes from service. Safety always comes first. Read more: https://t.co/1lGmcJsxdK

"Out of an abundance of caution, we are proactively removing the electric bikes from service for the time being," the company said in a statement. "We know this is disappointing to the many people who love the current experience — but reliability and safety come first."

The electric bikes have been a big hit in San Francisco since their debut last year. Cyclists using an app were able to rent the bikes at stations round the city.

A Berkeley woman was killed while riding one of these bikes in downtown San Francisco in March, but the company says that accident was unrelated to the brake issues.

There have been similar braking issues with Lyft's Citibike"in New York. Those bike have been pulled from the streets as well.

A new electric model is expected to be soon rolled out  by Lyft.