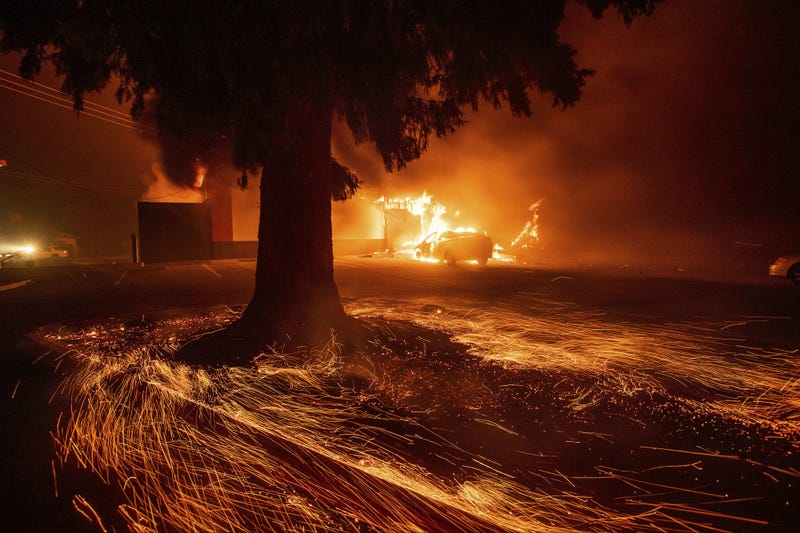 President Trump ordered the Federal Emergency Management Agency "to send no more money" to California, claiming that the state has wasted "billions of dollars" due to poor forest management.

Trump announced the decision to cut the flow of aid in a tweet on Wednesday morning.

Billions of dollars are sent to the State of California for Forest fires that, with proper Forest Management, would never happen. Unless they get their act together, which is unlikely, I have ordered FEMA to send no more money. It is a disgraceful situation in lives & money!

Wildfire survivors in Butte, Los Angeles and Ventura counties had been eligible for federal funds. On its website, FEMA said that it approved $48,7 billion in assistance from 6,646 applicants in those fire-scarred areas.

The Camp Fire in Butte County was the deadliest and most destructive in California's history, killing 86 people and destroying 13,972 homes, according to Cal Fire.

California Democrats were quick to rebuke Trump, who previously suggested that the state could avoid deadly wildfires by raking the forest floors.

Rep. Zoe Lofgren (D-San Jose) said on KCBS Radio that much of the land that burned in California was actually federally owned and managed.

She also questioned whether he had the authority to revoked funding that had been approved by Congress.

"It's really outrageous to try and blame the victims of these forest fires," Lofgren said. "This guy has got to get a grip here."

Gov. Newsom said that he was part of a trio of governors who yesterday asked the federal government "to work with us in taking on these unprecedented wildfires."

Mr. President -- Just yesterday, @OregonGovBrown, @GovInslee, and I sent a letter asking the federal government to work with us in taking on these unprecedented wildfires. We have been put in office by the voters to get things done, not to play games with lives. https://t.co/GjIVr6yxOP