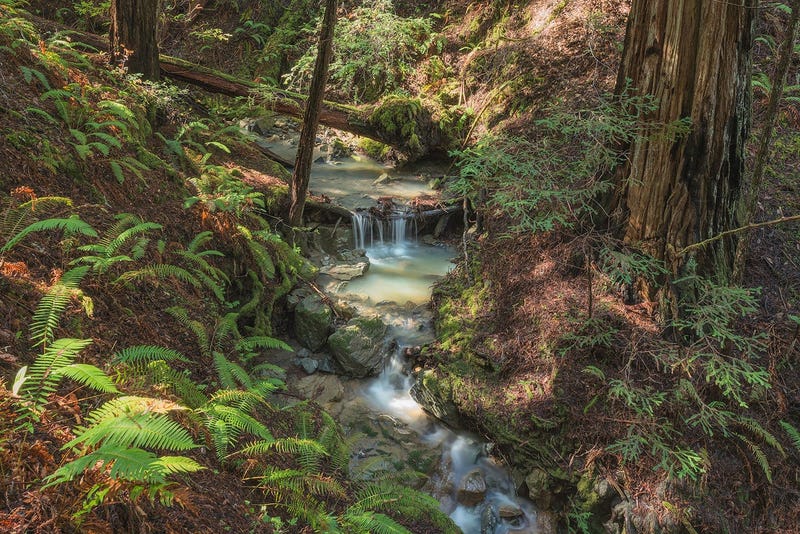 Photo credit (Courtesy of Save the Redwoods League)
By KCBS Radio Morning News KCBS All News 106.9FM and 740AM

California’s iconic redwood trees have been standing for hundreds and in some cases thousands of years, surviving significant obstacles from logging to drought and fires. Now, experts say the redwoods are taking on climate change.

"As of 2019, we find no evidence of redwoods retreating from native forests as the climate changes," said a recent report from the Save the Redwoods League and Humboldt State University. In fact, researchers found the trees are experiencing a growth spurt. “These iconic trees are growing at faster-than-expected rates.”

This could be because climate change has reduced the fog that usually hangs over coastal redwood forests, meaning the trees are getting more sunlight, researchers said.

“It’s amazing,” says Sam Hodder, president and CEO of the Save the Redwoods League. “They are almost the epitome of resilience. They’ve been around for over 200 million years

"The redwood forest, even through this most recent drought, is growing faster than it has in the past 1,000 years," Hodder said.

The study authors note that the trees showed a similar resilience after 19th century logging nearly wiped out the redwood forests.

“After more than a century, redwood forests recovering from 19th-century logging have accumulated more biomass than nearly any forest ever measured," the report said. That is because eliminating trees also eliminated most of the carbon stores, allowing the trees that were left to revert back to rapid growth.

The League says it is to be expected that climate change could make some regions more favorable to redwoods, while having negative impacts in other regions and continue to study the various impacts of climate change on the redwood forests.

And it turns out that redwoods could have a big role to play in mitigating climate change. “There is more carbon sequestered in an old growth redwood forest on a per-acre basis than any other land-based ecosystem in the world,” says Hodder. “We’ve been spending the last 100 years saving the redwoods forests when in fact, it’s the redwoods that are saving us.”