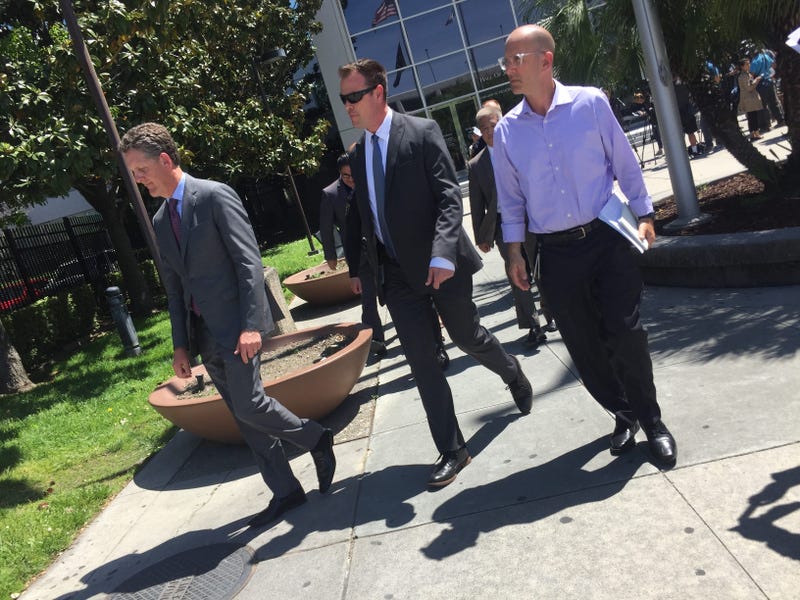 The Iraq War sharpshooter who is accused of plowing his car into a group of pedestrians and cyclists in Sunnyvale did so because he believed the pedestrians were Muslims, police alleged on Friday.

Isaiah Peoples, 34, had not been charged with a hate crime at this time after his first appearance in court.

"There is very appalling and disturbing evidence that at least one or two of these victims were targeted based on the defendants view of what their race or religion may have been," said Santa Clara County Chief Assistant District Attorney Jay Boyarsky.

Eight people were injured, including a teenager who was clinging to life, after Peoples intentionally plowed into pedestrians while en route to a Bible study class on Tuesday, according to Sunnyvale Department of Public Safety Chief Phan Ngo.

Peoples stood expressionless in court and wore handcuffs and a red jumpsuit indicating that he's been deemed a high-risk inmates. He is charged with eight counts of attempted murder for the alleged rampage on El Camino Real and Saratoga Avenue.

His defense attorney Chuck Smith maintained this is clearly a case of mental illness. Peoples was honorably discharged from the military and has worked as a contractor for the Department of Defense.

At the court hearing on Friday, the judge agreed to wait until May 16 for Peoples to enter a plea.