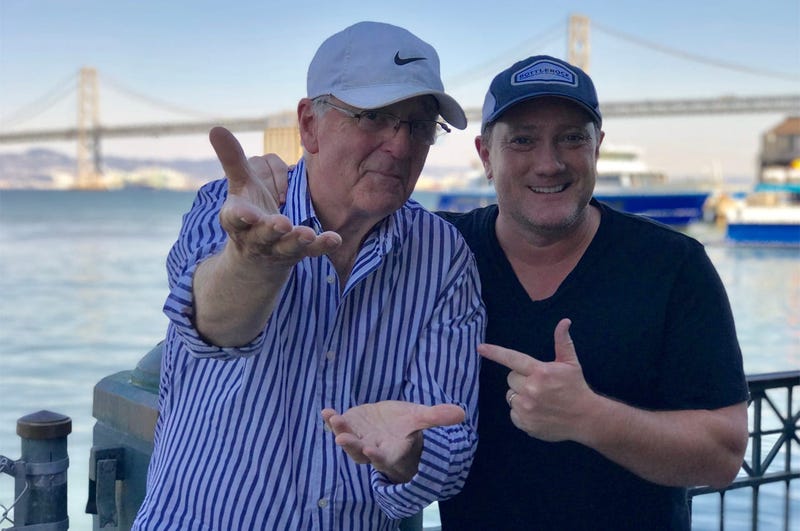 SAN FRANCISCO (KCBS RADIO) — Meet my fave Canadian, an actor, broadcaster and connoisseur of all things food & wine Terry David Mulligan. For 15 years, Terry has produced and hosted Mulligan Stew, a weekly 2-hour music program on Alberta public radio network CKUA. Mulligan is also a prolific character actor who has been featured in supporting and feature roles in many movies and television series including, notably, The Accused, The X-Files, Robson Arms, Hard Core Logo, Mystery Alaska, and the Fantastic Four movie.

The vast majority of the films and TV shows in which he appears are filmed in the Vancouver area.

Terry brings us Mulligan Stew from Vancouver. Heard on TSN 1410  Saturday mornings and CKUA  Saturday evenings in Alberta. It's also the same studio that in which he creates and produces his weekly one-hour food,  wine and travel show Tasting Room Radio.
(Photo credit: Foodie Chap/Liam Mayclem)

Terry also co-produces and co-hosts Hollywood and Vines TV with his pal Jason Priestley. The wine and food show is seen in 190 Countries. I had the joy of taking Terry and Jason on a food tour of The Mission in San Francisco for one of their USA episodes.

While Terry has accomplished a lot in his career and certainly there is more to come, there is nothing that Terry is more proud of than his family. Terry has four children and has been married to Meg for over 35 years. We all know who is the boss at his house!

He's been inducted into the BC Entertainment Hall of Fame with a star outside the Commodore Ballroom and was 2012 BC Broadcaster of the Year.

Enjoy my conversation with my favorite Canadian, my pal, and a mentor, Terry David Mulligan taped recently in San Francisco.