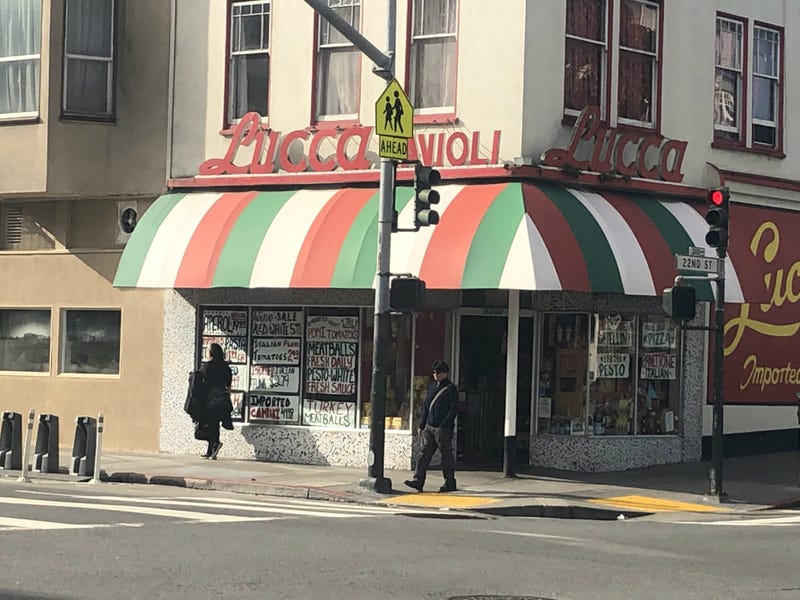 SAN FRANCISCO — Lucca Ravioli, the 94-year-old shop for specialty Italian food,  has announced that it's going out of business on April 20.

Loyal customers crowded the deli and grocery on the corner of 22nd and Valencia streets in the Mission District to stock up on favorite items like fresh meatballs, baccala and homemade pesto.

“I can’t believe they’re closing,” said Pete Zambucos, 83. “I’ve been coming here for 40 years. And I live in Pacifica, and I come all the way out here.” Zambucos, carrying six boxes of ravioli for a party, was also holding out hopes that an employee will open another, similar shop close by.

Lucca owner Michael Feno, who is now in his 90s, has said he's selling the building and ready to retire.

"There are a lot of sad stories about people being pushed out of the Mission, but I don't think that's what this story is," said Anna Colofonos, who reminisced about peering into the deli case when she came to the store as a child with her mother. "I'm devastated. I'm so sad. I'm happy for them, because they're not being pushed out."

The closure, first reported by Socketsite, comes after the building’s next door parking lot was put up for sale last year. A five-story building is set to rise on that mid-block site. It's been a brutal year for beloved Bay Area institutions like Lucco's: the East Bay's oldest restaurant, Spenger's Fish Grotto, shuttered abruptly in October, and the Mission lost the music venue and dive Elbo Room at the end of last year.