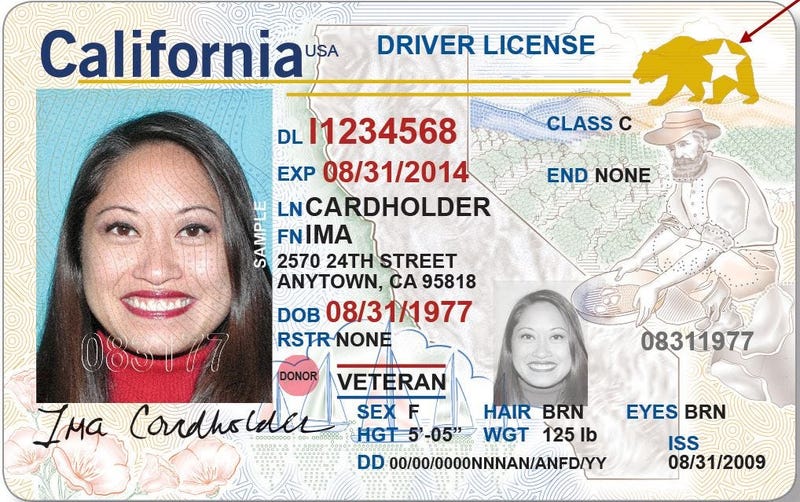 Millions of Californians who already have the Real ID are catching a break after reports suggested they may have to visit the DMV for the new driver's licenses to be considered valid.

Rather than returning to a Department of Motor Vehicles office to clear up the mistake caused by state officials, Real ID holders will be able to verify their residency by filling out forms from their home.

Travelers will need to present a Real ID that meets federal standards to fly or enter military bases beginning in October 2020.

Three million Californians had already received one of the new licenses when it was revealed that the DMV's method for proving residency didn't meet guidelines set by the Department of Homeland Security.

The DMV will begin sending letters informing people of how to produce a second proof of residency.

"For those cardholders who only submitted one proof of residency when they applied for their Real ID driver license or identification card, they should start looking out for a letter from the DMV explaining how they can satisfy the second residency requirement," said DMV spokesman Jaime Garza. "It's very, very simple"

All other applicants looking to get a Real ID must apply in person.

"Anybody who wants a Real ID, has to come into a DMV office," Garza said. "There's no way around it."

Get the best of KCBS Radio sent straight to your inbox by signing up for our newsletter.
How To Avoid The Long Lines At The DMV