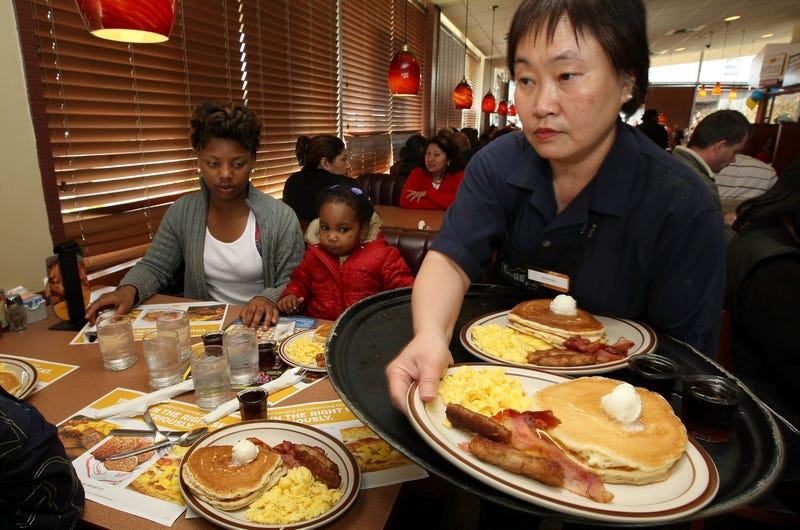 Emeryville's new minimum wage of $16.30 per hour is the highest in the country.

That may be good news for waiters and cooks, but it means many restaurateurs and small business owners will choose between raising prices for customers or laying off employees.

One problem is that new hourly rate is just a baseline, according to Michael LeRoy, a professor with the University of Illinois' School of Labor & Employment Relations,

"Added to it they'll have to pay social security taxes, unemployment insurance taxes, and they will have to pay a workers compensation  insurance premium," he said. "That $16 an hour accumulates into $22 to $28 an hour when you have all the other costs associated with the wage."

Coming changes to the workplace in general could mean more layoffs targeting lower wage workers who could potentially be replaced by machines.

"We see more and more jobs being lost to automation, and with artificial intelligence, that trend is going to accelerate," LeRoy said.

Meantime, some cities may be getting close to hitting a kind of minimum wage ceiling, where increases are starting to hurt the economy. It may be too soon to tell now, but we'll know when we've hit that tipping point.

"It's not one employer who'll cry ouch," LeRoy said. "You'll need a lot, and it'll take the passage of time before we hit that level."

While $16.30 may seem relatively generous, is it enough to live on in the super-expensive Bay Area? Maybe not. "They're working for wages that are above subsistence, but they're not getting ahead," LeRoy said.

One idea that's been floated as an alternative to higher minimum wages is a guaranteed basic income, which backers claim would take some of the pressure off employers.