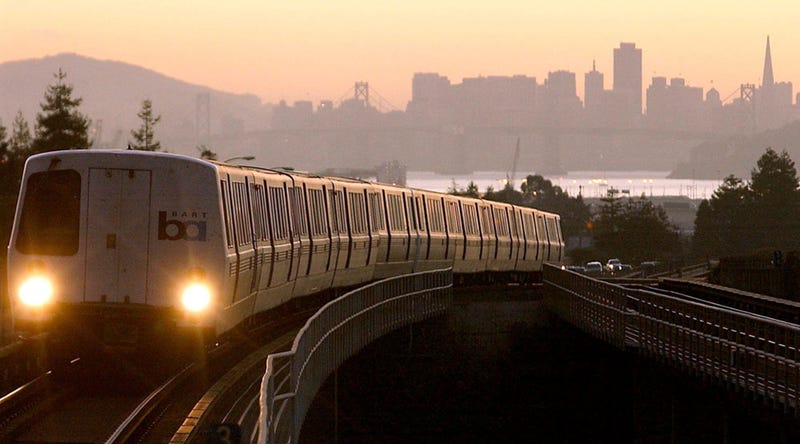 LAFAYETTE — East Bay residents can expect major delays this weekend due to shutdowns on BART and Highway 24.

BART trains will not run between Orinda and Walnut Creek from Aug. 17-18, the first in a series of weekend shutdowns that will allow crews to conduct extensive track maintenance work. No trains will run through the Lafayette station.

“It’ll be a full track shutdown between those three stations throughout the weekend,” said BART spokesperson Chris Filippi.

BART will run a bus bridge in place of train service so riders will still be able to access each stop on the line.

“We’re replacing 5,000 feet of rail, 10,000 feet of train control cabling, more than 300 insulators that help to stabilize our third rail and we’re also replacing a half dozen switches that help us move trains from rail to rail,” said Filippi. “So there’s a lot of work happening. It requires some really heavy equipment to get the job done.”

It is part of a long-term effort by BART to replace 90 miles of track throughout the system. The agency has conducted similar weekend shutdowns along other portions of the system going back several years.

But the heavy equipment required along this stretch, which includes a 265-ton crane, has prompted BART and Caltrans to close multiple lanes of Highway 24 as well. The two far left lanes of the freeway will close on Friday at 11 p.m. in the eastbound direction and are scheduled to reopen Monday by 7 a.m.

Caltrans is anticipating delays for drivers of up to 30 minutes.

“These two lanes are normally critical to flow,” said Caltrans spokesperson Bart Ney. “So we need motorists to use alternate forms of transportation.”

The agency says if delays surpass 30 minutes, crews will reopen one lane to alleviate traffic. Drivers are encouraged to avoid Highway 24 this weekend.