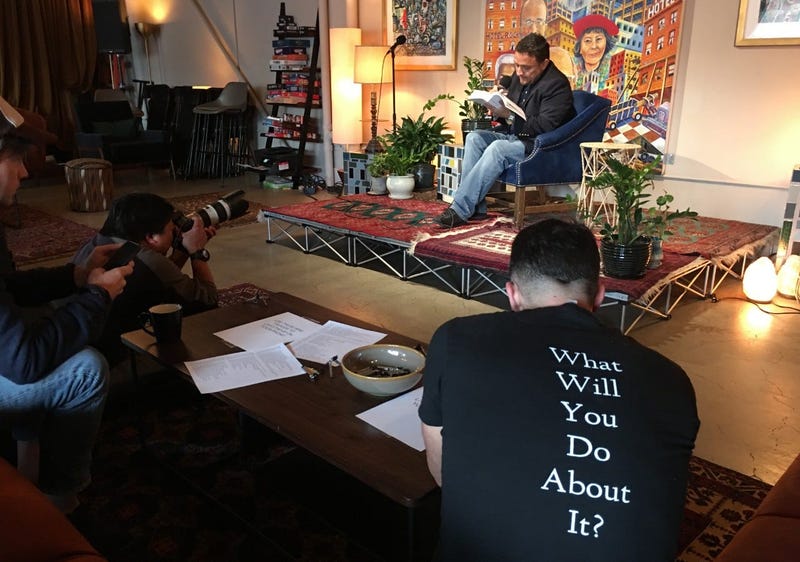 SAN FRANCISCO — Millions of Americans have heard about Special Counsel Robert Mueller's report, but relatively few have actually read his findings Russian interference in the 2016 election and possible obstruction of justice by President Trump  So, Thursday morning, several San Francisco politicians began reading the report in its entirety out loud.

There were plenty of pitchers of water on hand at Manny's in the Mission where the marathon reading session got underway.

“We’ve organized a 16-hour-long, live reading of the entire Mueller report from the first word to the very last,” Manny Yekutiel, the founder of the cafe and gathering space, said.

The people reading the report were just as important as what was being read, said Yekutiel.

“It combines artists, elected officials, government officials, actors, academics, folks from across the San Francisco political spectrum,” Yekutiel said. “We’re all coming together to read in 15- and 30-minute increments.”

People dropped in and out of the reading, which was also streamed online. Among the readers were state Sen. Scott Weiner, and San Francisco Supervisors Hillary Ronen, Rafael Mandelman and Matt Haney.

Beth Jaeger, who has previously read it cover to cover, hoped that by attending the exhibition, she'd inspire others to delve into the 448-page report.

“People see, ‘Hey, Beth got up at 7 in the morning to watch a live reading of the Mueller report,’” she said. “It might give a message like, ‘Hey, maybe I should read it, too.’"