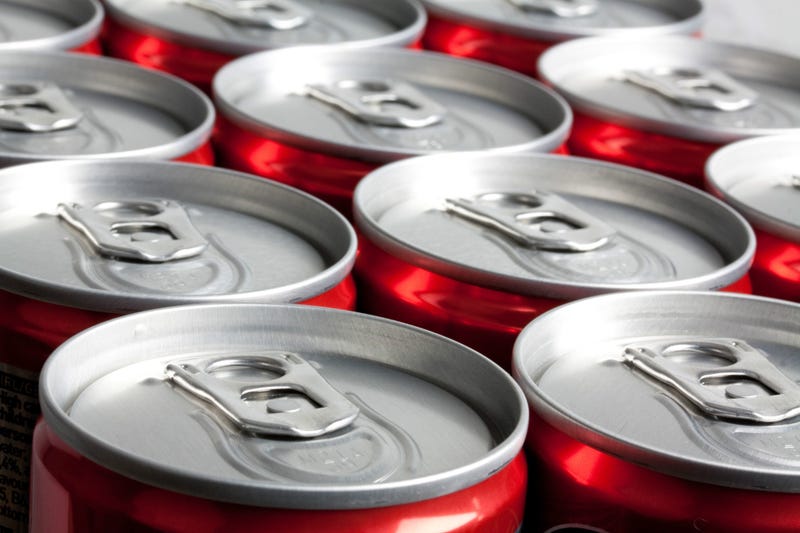 Photo credit Dreamstime
By Megan Goldsby KCBS All News 106.9FM and 740AM

State lawmakers have introduced a host of new laws designed to reduce the consumption of sodas and sugar-sweetened beverages.

One proposal would ban sugary drinks larger than 16 ounces while another would impose black and yellow warning labels on some sodas. Another proposal would prohibit stores from selling sodas within six feet of checkout areas. The legislative package also seeks a new statewide soda tax.

"These low nutrient refreshments may cheaply quench the thirst of our children and families, but in reality, the true cost is born by our collective health," said Assemblyman Robert Bunda (D-Oakland)  during his presentation in Sacramento on Wednesday.

His bill would bar soda companies from offering stores deals to lower the prices of their sugary drinks.

Steven Maviglio, spokesman for the American Beverage Association, said Californians won’t get behind the tas. He cited a bill passed last year by the legislature that banned local governments from passing their own taxes on sodas.

Customers outside of a San Francisco 7-Eleven, home of the Big Gulp soft drink, were critical of te bills. “I mean, I drink a lot. I like big drinks. So, I think they should keep it,” said one customer.