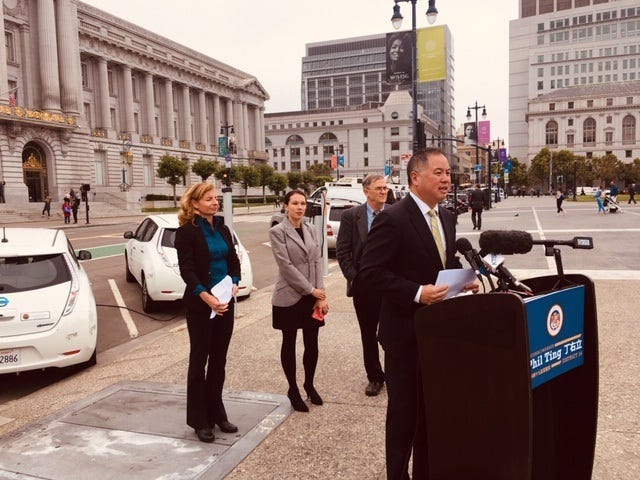 SAN FRANCISCO — Lawmakers in Sacramento often say they want to see more Californians driving electric vehicles, but the state's rebate program for people who invest in zero-emission vehicles has limitations.

A proposal introduced on Monday by Assemblyman Phil Ting would triple the rebate for customers buying electric cars and eliminate a flaw with the current rebate program that sometimes creates a waiting list for consumers seeking to get money back.

The state's Clean Vehicle Rebate Program currently is funded every year as part of the budget process, but that money has run out before the end of the year, forcing consumers to wait for checks.

"To date, the CVRP has been critical to the deployment of over half a million electric vehicles (in California), the highest in the nation," said Heidi Sickler with the Silicon Valley Leadership Group. "However, it is subject to funding uncertainties inherent in an annual funding appropriations process."

So Ting, a Democrat from San Francisco, has introduced Assembly Bill 1046. The legislation would require continuous funding for the rebate program.

"AB 1046 allows the state Air Resources Board and the state Department of Finance to identify a potential funding stream or identify a pot of money that they can borrow against" Ting said.

The continuous funding could not begin right away, however.

"We've already made appropriations for the Clean Vehicle Rebate Program this year in the budget," Ting said. "So the only time to change that would be in next year's budget, which is due next June. The hope would be (the agencies) would have some proposal ready for next June."

Last year, then-Gov. Jerry Brown also set a goal of getting 5 million zero emission vehicles onto the state's roads by the year 2030.