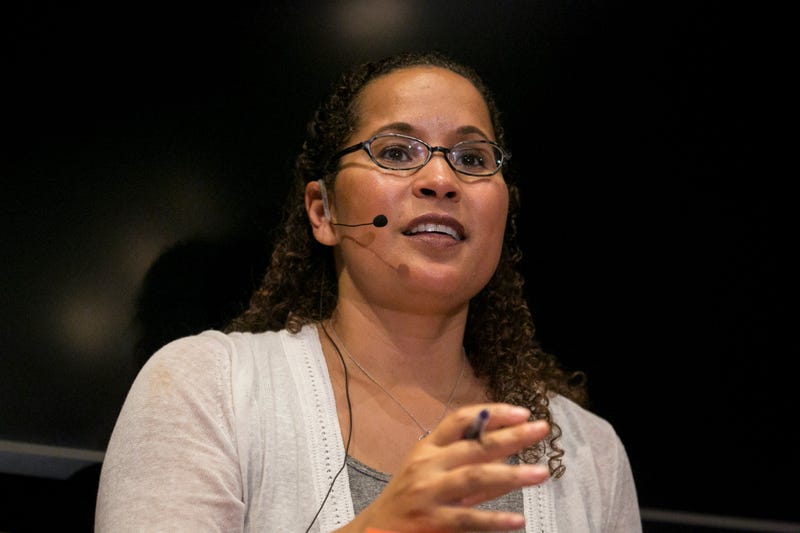 Photo credit Center for Advanced Study in the Behavioral Sciences. Photos by Nikki Ritcher
By Melissa Culross KCBS All News 106.9FM and 740AM

The Stanford University fellow who has accused Virginia's lieutenant governor of sexual assault is speaking out.

Vanessa Tyson wept as she described  in detail to "CBS This Morning" how Justin Fairfax forced her to perform oral sex in a hotel room during the 2004 Democratic National Convention in Boston. Another woman, Meredith Watson, also spoke to CBS New about her allegations that Fairfax had assaulted her several years earlier.

Tyson is a Scripps College professor on a fellowship at Stanford this academic year said that Fairfax should resign. She's willing to testify about the incident, she said.

“I think the Virginia people, the voters of Virginia, have a right to know both my story and Meredith’s story,” she said.

Fairfax, who is black, has denied the allegations and compared himself to a lynching victim, something Tyson dismisses, given that she and Watson are also African American.

“Black women were lynched specifically trying to protect black men,” Tyson said. “And speaking of someone who teaches black politics, I find it disgraceful, irresponsible, and manipulative.”

Tyson first came forward in February with a written statement about her encounter with Fairfax at the DNC.

In a statement to CBS News, Fairfax, who took office in 2018,.said he is a strong proponent for the rights of women and maintains his innocence. He also says he believes he would be exonerated by a full, impartial investigation.