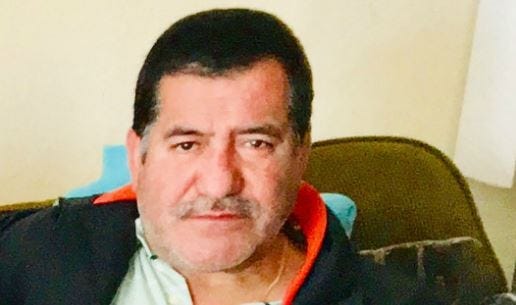 A 56-year-old father of three who was a custodian for KCBS Radio was fatally shot in front of his Richmond home on Tuesday.

Richmond police identified Miguel Ramirez as the victim of the shooting on Chanslor Avenue.

His daughter said in a statement that he was killed by a stray bullet while going to get the mail. Ramirez was pronounced dead at the scene by officers who arrived after 5 p.m.

His family is raising money to pay for funeral arrangements on GoFundMe.

"We were all shocked and saddened to hear the news today about the senseless killing of our longtime janitor Miguel Ramirez," said Gregory Nemitz, a senor vice president for Entercom, which owns KCBS Radio and four other stations in San Francisco. "Miguel was a familiar, friendly person who was known by everyone who works in this building."

Richmond has experienced a wave of recent violence. Four people were shot within 90 minutes in three shootings on Sunday.

Those three shootings appear to be unrelated, police have said. No suspects were in custody yet.