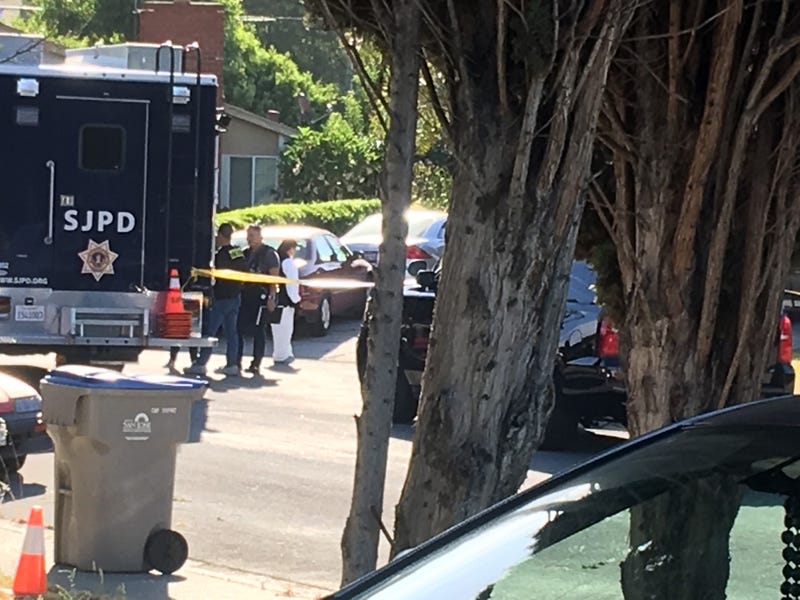 SAN JOSE — Three women and a man were fatally shot by a gunman before he took his own life in a standoff in a home in South San Jose, police said on Monday.

The incident began around 8:40 p.m. on Sunday with reports of a shooting in the home on Habbitts Court. When officers arrived, they saw several family members fleeing the house, according to the San Jose Police Department.

The identities of the victims and shooter were to be confirmed by the coroner's department, a police spokesman said on Monday.

Neighbor Jack One told KCBS Radio that he thought the victims were related.

“I mean five people, five people in one family," said One. "I think they were all related so that’s pretty sad."

Another neighbor told KCBS Radio that the male head of the household where the shooting took place had once admitted being arrested in a casino parking lot for possessing a handgun.

It took hours for police to fully grasp the extent of the mayhem.

Police had used an armored BearCat vehicle to rescue a man and woman from the house on Sunday, but they died later at a hospital.

At 1:25 a.m. on Monday, police entered the home and found the bodies of two women and the shooter.

Investigators were trying to determine a motive for the killings.