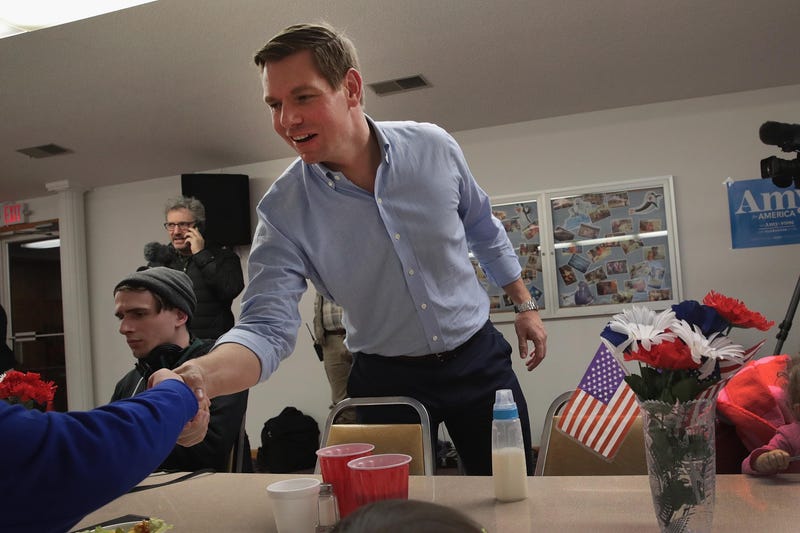 East Bay Rep. Eric Swalwell is running for President. He made the announcement Monday while appearing on CBS’ “Late Show with Stephen Colbert.”

I am running for President of the United States of America.I see you. I hear you. I'm for you. I AM you. pic.twitter.com/qRcrBvtdAD

Swalwell is in his fourth term in Congress where he represents parts of Alameda and Contra Costa Counties. He joins a crowded field of Democrats seeking the nomination and is not well known outside of his district.

Political analysts agree that Swalwell has a slim path to victory and is likely throwing his hat into the ring as a strategy to raise his profile nationally.

“There are a lot of people who run for president for reasons other than actually picturing themselves in the oval office,” said KCBS Radio political analyst Marc Sandalow. “It propels him — both his work as a member of Congress (and) his name recognition across the state if he ever wants to pursue a job in the Senate or for governor.”

Swalwell says he will not run for president and re-election at the same time, which mean giving up his seat in a Democratic stronghold and choice assignments to the House Intelligence and Judiciary Committees.

“Being a Democrat in the U.S. Congress from the Bay Area is a lifetime job for most people, if you want it,” said Sandalow. “Very, very few incumbents have ever lost re-election and it gives you an opportunity to become — like Nancy Pelosi, like others — a huge player in national politics.”

One prominent local Republican could also seek the seat. Former State Assemblymember Catharine Baker was the only Republican to represent the Bay Area on the state or federal level until she was unseated in 2018. “She’s kind of a moderate, she’s anti-Trump… she’ll at least explore running” said chair of the Sonoma State University political science department David McCuan.

The deadline for candidates to file to run for Swalwell's seat is in early December.