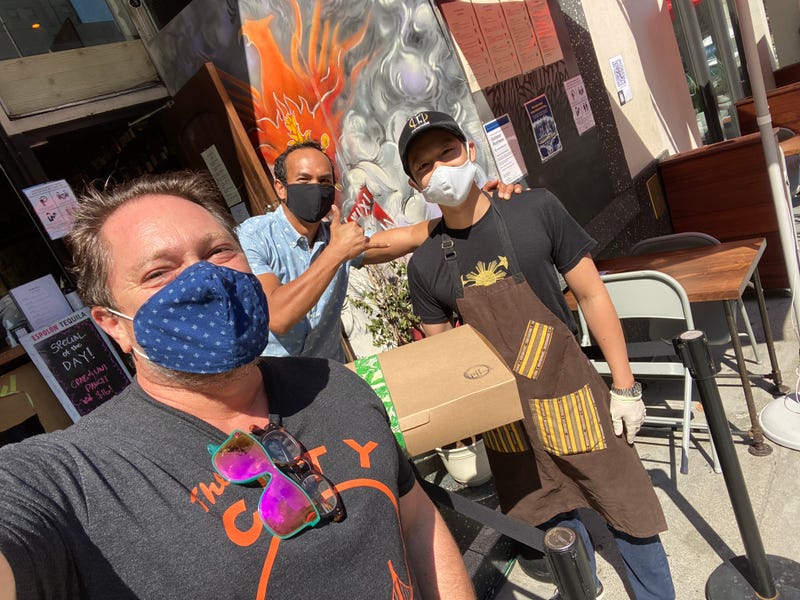 REMEMBRANCE: RBG
America said goodbye this week to one of the country’s most influential and beloved legal figures, Associate Supreme Court Justice Ruth Bader Ginsburg. She was a legal trailblazer fighting for gender equality, LGBTQI rights and for immigrants too in her 27 years on the bench and a lifetime in law. Even in passing, RBG made history by being the first woman to lie in state at the U.S. Capitol. Read a tribute interview by former NCLR President Kate Kendall here.

FOOD: HORN BBQ
BBQ fans start drooling now because BBQ pitmaster Matt Horn is opening his brick and mortar West Coast/Texas inspired BBQ restaurant, Horn BBQ. Open to the public in OAKLAND from Saturday, enjoy all things BBQ; smoked brisket, beef ribs, pulled pork, spareribs, and turkey are all on the menu. Matt’s pop-up was an instant hit when it launched four years ago with long lines daily because his BBQ is simply that good. The BBQ king has a big heart too, feeding those in need since COVID-19 hit. This is something to be excited about. Head to the HORN BBQ web site for more info.

MUST SEE TV: THE COMEY RULE
Inspired by the bestselling book "A Higher Loyalty" by former FBI Director Jim Comey - this two-part SHOWTIME movie is must-see TV. Jeff Daniels plays Comey perfectly and Brendan Gleeson is terrific as Trump. It sheds light on what made Comey drop the election bombshell that many say tipped the election in Trump’s favor. Don’t miss "The Comey Rule" Sunday and Monday on SHOWTIME.

MUSIC LIST: BEST 500 ALBUMS
We all have our favorite music albums - anything by The Beatles, Rolling Stones, David Bowie, The Police or Blondie make my hit list. See who Rolling Stone selected as the creme de la creme in music in their newly-released Top 500. It’s an impressive list and all of my faves made the cut. How about yours?

EAT: LA MAR IN SF
One of San Francisco’s most popular restaurants, La Mar, is celebrating its 12th anniversary and they are inviting you to the party. Located on the Embarcadero, you can enjoy al fresco dining or order food to go. This Peruvian hot spot always satisfies with Latin flavors and a California twist, utilizing the best ingredients and a seafood experience almost unrivaled. Happy Birthday La Mar.

COOKING CLASS: FOR A CAUSE
Join Chef Francis Ang of Pinoy Heritage for a taste of the Philippines in a one-hour cooking class benefitting Beyond Differences. It’s Class 2 in an eight-week virtual series We Dine Together Home Edition. Thrilled to perform as Host for the series. Other Chefs upcoming: Chef Tanya Holland, Chef Dominique Crenn and Chef Hoss Zare. Please sign up here. It’s Wednesday at 5 p.m.

DONATE: RED CROSS
Make a donation to support those who have lost much during these most recent fires. Donate by phone or online.

GIVE: FOOD BANKS
The need is great so please donate what you can. Cash donations or non-perishable goods will be warmly received. Volunteer support is also needed.

Enjoy your weekend and beware the heat.