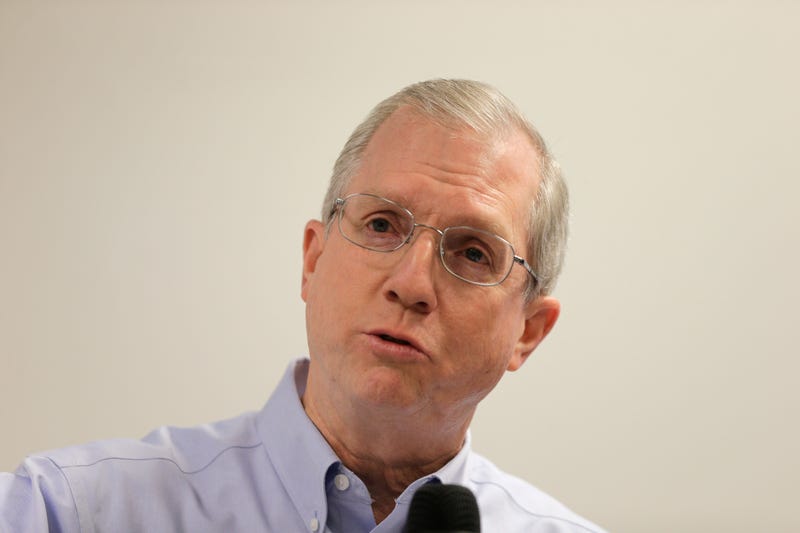 COLUMBIA, S.C. (AP) — The executive who spent billions of dollars on two South Carolina nuclear plants that never generated a single watt of power is almost certain to spend time in prison.

Former SCANA Corp. CEO Kevin Marsh signed a deal Tuesday agreeing to plead guilty to felony fraud charges in federal and state court. In exchange, prosecutors said they agreed with Marsh's lawyers to ask for 18 months to 36 months in prison — all spent in federal custody instead of a state prison, per Marsh's request.

Marsh also will have to pay $5 million in restitution, with $3 million of it due before he is sentenced. SCANA had paid Marsh $5 million in 2017, the year the utility abandoned the hopelessly behind-schedule project in Fairfield County and the massive federal investigation began. Under the plea deal, Marsh will be sentenced once the investigation into the debacle ends.

Marsh admitted presenting false information in earning calls, presentations and press releases, as did former SCANA Executive Vice President Stephen Byrne, who pleaded guilty in July. They were trying to keep investors pumping money into the project and the company’s stock price up, prosecutors said. Their actions took more than $1 billion from the pockets of ratepayers and investors, authorities said in an 87-page Securities and Exchange Commission lawsuit filed against them in February.

Marsh, 65, will plead guilty to conspiracy to commit wire and mail fraud in federal court, and obtaining property by false pretenses in state court, according to the plea. A judge must approve the sentence agreed to by Marsh and prosecutors.

Byrne is also awaiting sentencing. His plea didn't include a negotiated sentence. Both men have agreed to cooperate with investigators or possibly face more charges and greater punishment.

Details of the fraud committed by the executives are outlined in the federal regulator's February filing. The filing documented the history of the doomed nuclear project, which started in 2008. Marsh and Byrne never wavered from saying the two reactors being built at the V.C. Summer site north of Columbia would be finished by the end of 2020 — a deadline they had to meet if they were going to receive the $1.4 billion in federal tax credits needed to keep the $10 billion project from overwhelming the utility.

SCANA and its subsidiary, South Carolina Electric & Gas, were destroyed by the debt and poor management and were bought out by Dominion Energy of Virginia in 2019.

The debacle also hobbled state-owned utility Santee Cooper, which had a 45% stake in the project and ended up $4 billion in debt even though SCANA controlled management of the project. How to handle that debt and whether to sell Santee Cooper to a private company has caused sniping, and cast a large shadow over the 2018 and 2019 General Assembly sessions.

Dominion and Santee Cooper have said they are fully cooperating with investigators.

The problems with SCANA's new reactors began as soon as construction started in 2012. Contractors said modules that were supposed to be delivered fully built and ready to put into place needed extensive work.

By 2015, Marsh and Byrne were sent an email saying just 8% of the work was done, making it almost impossible to meet the 2020 deadline and get the federal tax credits. The executives did not share those concerns with SCANA shareholders or regulators overseeing the project.

That same year, SCANA commissioned an independent report for $1 million that estimated the reactors wouldn’t be finished in 22 years. The executives pushed back to get that part removed from the copy shared with Santee Cooper and then didn’t tell a government watchdog group, the Office of Regulatory Staff, that they hired the consultants, according to those court papers.

In 2016, federal officials said the watchdog group was preparing a report suggesting the deadlines would not be met and planned to subpoena an executive from Westinghouse, the company building the reactors, which went bankrupt three months before the project failed.

Marsh put pressure on the group, insisting — despite all evidence to the contrary — that the deadline would be met and saying shareholders, banks, credit rating agencies, bond underwriters and investment analysts would panic if they released that report, the complaint said.

“Your planned actions will send shock waves to this group,” Marsh wrote in the email.

The watchdog group backed down.