All three counties moved from the purple or "widespread" risk tier down to red or "substantial" along with Riverside and San Luis Obispo counties.

El Dorado and Nevada counties moved from red to orange or "moderate" risk, and Mariposa county became only the third in the state to be downgraded to the lowest yellow or "minimal" risk level. 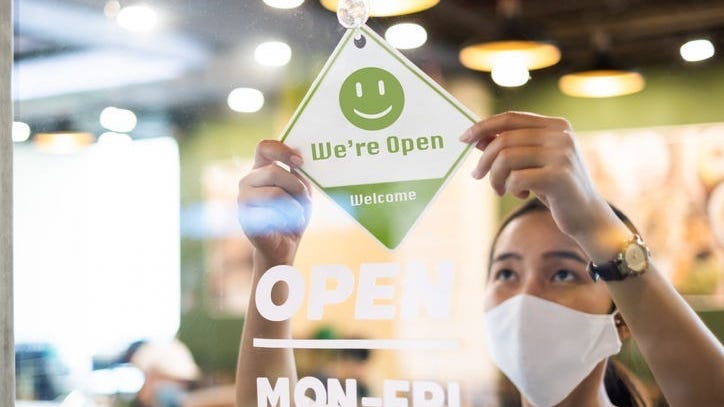 Moving down a tier allows a county to open up more sectors of business, if they choose to do so.

The change means Alameda, San Mateo and Solano can resume indoor services including dining, gyms, museums, worship services, movie theaters and university lectures. Schools will also be able to reopen classrooms if the counties are able to stay at the red level for at least two weeks.

San Mateo and Alameda, however, will not move forward at the same pace.

Breaking: San Mateo County to ease #coronavirus restrictions in compliance with state guidelines as it moves to Red Tier. Alameda County will not. Ala Co to use next 2 weeks in Red to develop a "phased plan" to reopen restaurants, churches, theaters, gyms etc. SM reopening those.

Contra Costa and Sonoma counties are now the only Bay Area counties at the highest purple tier.

San Francisco did not move down to the orange tier as some had suspected it might. Mayor London Breed has said that she expects the county to move to orange by the end of September.

It would be the first major metropolitan area in the state to do so.