A Black mail carrier has filed a civil rights lawsuit against the City of San Rafael after he was wrongfully detained by police in August, an incident the city and police department publicly apologized for last month.

Fairfield resident Karl Bracy, 55, was on his way home from work August 7 when his attorney John Burris said he was stopped, detained and handcuffed by San Rafael Police. It happened on the southbound side of Highway 101. Officers were looking for a carjacking suspect driving a white Chevy Impala.

Bracy was behind the wheel of a Chevy Malibu.

"It's very disturbing because all you really had was a Black man in a white car," Burris said Thursday. "That should not have been enough to stop him." 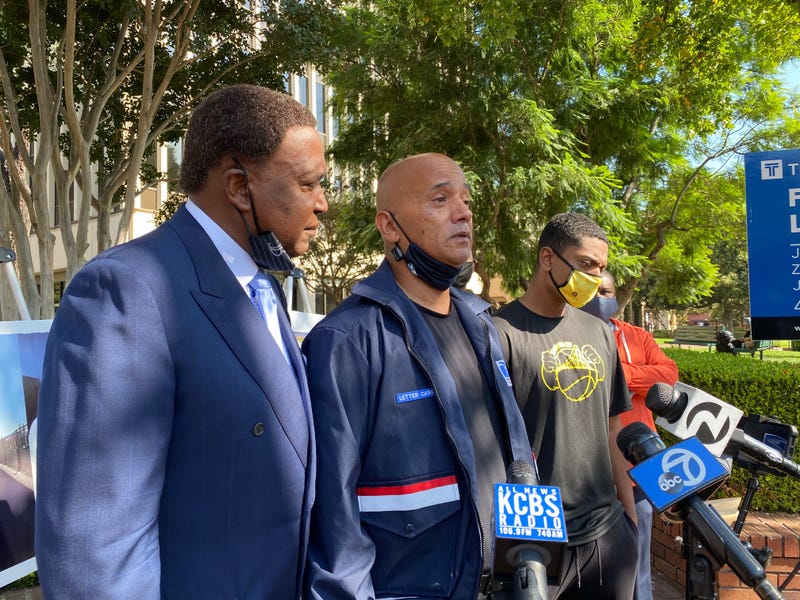 Bracy, who has delivered mail in San Rafael for 20 years, was still wearing his uniform when he was pulled over at gunpoint. He was detained for several minutes before he was allowed to leave.

"I really think I got out of there because I had the mailman uniform," Bracy said, holding back tears.

Bracy has since taken a leave from his job and said he's currently under psychiatric care stemming from the traffic stop. The lawsuit also implicates four officers, alleging wrongful detention and excessive use of force.

In a video posted to the department's website September 25, San Rafael Police Chief Diana Bishop described the incident in detail, followed by audio of a 911 call and body cam footage of the interaction. "We made a mistake," Chief Bishop said. "This kind of mistake is rare, but it happens." She went on to explain that Bracy, identified as "the driver" in the video, "was extremely cooperative and cordial, and the incident was resolved."

Chief Bishop claimed the officers involved "were not aware of the driver's ethnicity until after the driver exited the vehicle" due to its tinted windows.

"Our officers extended an apology to the driver," Chief Bishop explained. "As soon as I learned about this incident, I called the driver to apologize for our mistake and to further explain what had happened. However, I know that neither my words or the words of my officers will erase this event or the impact it had on the driver."

According to a statement posted to the City of San Rafael's website, officials "invited this individual to engage with the police officers who were involved to have a session of conversation and restorative justice with the goals being to gain mutual understanding, healing, and to hear one another about what they experienced in the incident."

"It's just devastating to me each and every day. I lost sleep constantly," Bracy told reporters Thursday.

He’s not the only who still lives in fear. So does his son, Brandon.

"When I'm riding around and I see a cop car, I get completely nervous," he said.

Bracy does not have a criminal record. The U.S. Postal Service said they cannot comment on legal matter between its employees and third parties.

The family is hoping to see policy changes within the police department.