A Walnut Creek family is receiving $4 million from the city to settle a lawsuit over the death of Miles Hall, a young Black man who was shot to death by police last year.

​The family of 23-year-old Miles Hall said no amount of money can bring him back. Hall was shot and killed near his Walnut Creek home in June 2019 while experiencing a mental health crisis.

At the time, Hall's family claimed police knew the victim was mentally challenged, but failed to take steps to defuse the situation.

"This is not about money for us," Taun said. "We would gladly write anyone a check, because it’s not going to bring Miles back. I wish it could." 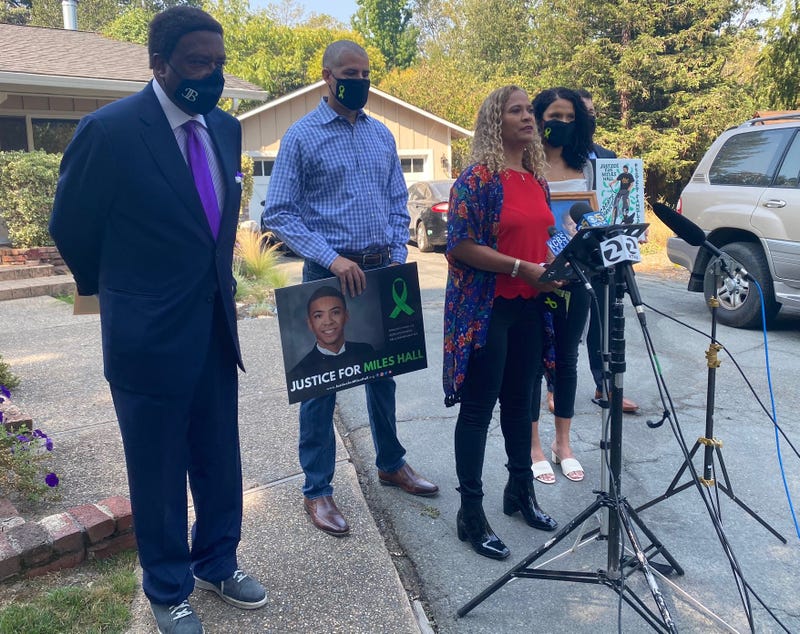 The family of Miles Hall speaks to the media in Walnut Creek following the family's settlement with the city. Photo credit Carrie Hodousek/KCBS Radio

Their attorney, John Burris, said the family did all they could to alert police of Miles' mental illness when the incident happened. They're hoping this settlement is just the beginning of what they can do to stop gun violence.

"We wanted to stand for other folks to prevent other people from being treated as criminals," said Scott Hall, Miles' father.

He added they want to see more mental health services and police training.

The city has said they vow to do that.

"All we cared about from the day Miles died and until the day we die is having a better system in place," he said.