Hundreds of Catholics from across the Bay Area marched in protest through the streets of San Francisco Sunday, in an attempt to pressure city leaders to allow indoor services for all faiths amid the coronavirus pandemic.

The protest began with a rally at City Hall, followed by a 10-block march to St. Mary’s Cathedral, where an outdoor mass was led by Archbishop Salvatore Cordileone. 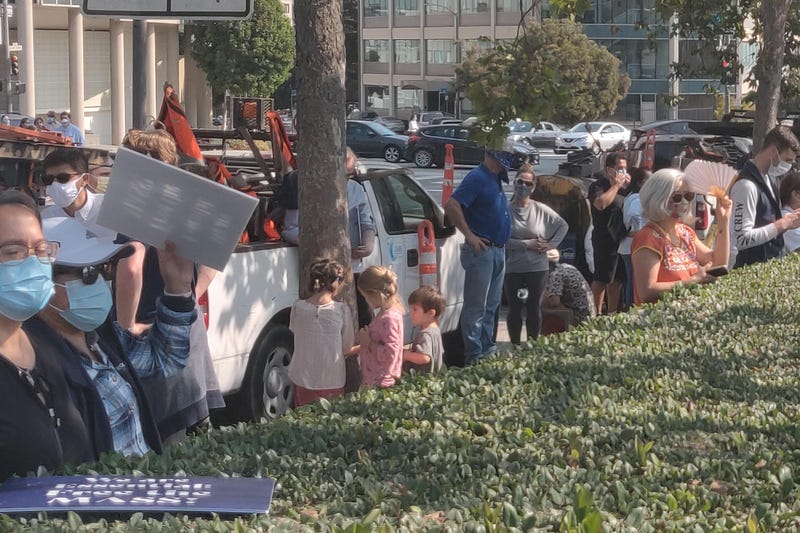 Bridget, a devoted Catholic, was upset that the church still remained mostly closed to followers.

“We’re being persecuted,” she told KCBS Radio. “I mean it's absolutely crazy. There are scores of people huddled together, bless them, on the streets and in the park and in the restaurants outside. We're allowed one person in the church. I mean, really?”

People travelled from all across the Bay Area to attend the demonstration.

“Churches are essential for so many of us, you know, for our mental health, for our spiritual well-being,” said Paul. “You know, we want to be treated fairly.”

One participant feared that the closures would create wayward Catholics. 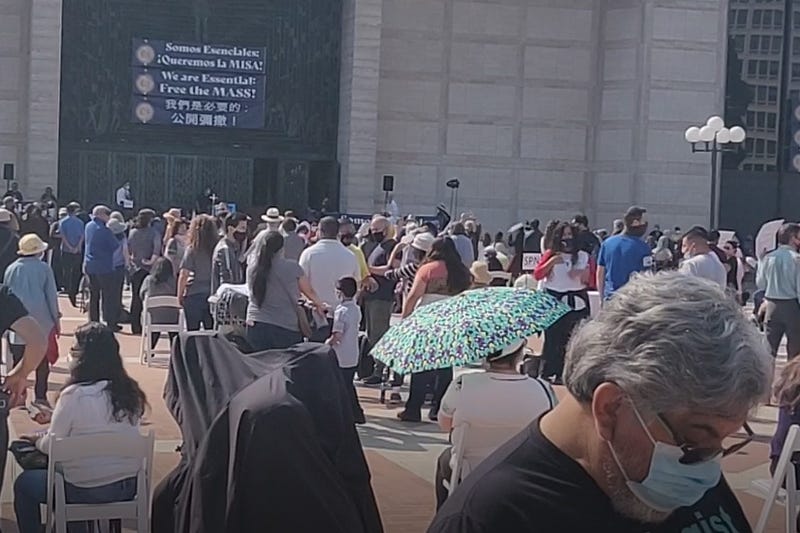 “What it does is, it turns people away from the faith, and it makes them lackadaisical in their faith,” said the woman.

Other Bay Area counties are beginning to allow places of worship to resume indoor services, including Marin County.

music
After rapping about unemployment fraud, Nuke Bizzle got arrested
sports
In a few short weeks, Antonio Brown could be back in the NFL
music
Jim Carrey trends as some ‘SNL’ fans critique his Joe Biden impression and call for replacement
music
Richie Sambora blasts back at Jon Bon Jovi: 'Are you kidding me?'
music
Brian Wilson says he has 'zero' to do with Beach Boys performance at Donald Trump fundraiser
music
We’re getting new Ariana Grande music this week, and 2020 is saved