A Bay Area woman who was on a backpacking trip along the John Muir Trail in the Sierra National Forest became trapped by the Creek Fire and had to be rescued by helicopter.

Kathryn Palmer, an editor with the Petaluma Argus-Courier newspaper, was on a 211-mile journey with a partner when they saw, off in the distance, what they initially thought was a thunderstorm.

Because of the lack of cell service along the trail, Palmer said she had limited knowledge of the fires burning in the area.

“When we looked down towards the ridgeline was very clearly a large wildfire,” Palmer told KCBS Radio. “We realized it was time to breakout our masks and look at where we could possibly exit the trail.”

They hiked back 13 miles to a Vermilion Valley Resort near Edison Lake, where they discovered that a mandatory evacuation was underway.

“We walked right past a succession of cars that were racing right past us,” Palmer said.

Almost everyone was already gone, she added.

"We were met with just handfuls of remaining work crew, two owners and about six other hikers that had also scurried from their respective spots on the trail down to the resort to get information and to get to safety,” Palmer said.

She was hoping they would be able to hitch a ride out of the fire zone, but that became impossible when the only local road out was closed.

They spent two nights sleeping at the resort, before they were rescued by the National Guard.

“Early in the morning, about 3:30, I and a handful of other hikers were awoken by the sounds of a helicopter,” said the journalist.

Palmer and the others were flown to safety.

The Creek Fire has now burned 278,000 acres and forced the evacuation of over 1000 families, according to CAL FIRE reports. The blaze in Fresno and Madera Counties and the Sierra National Forest is now 25% contained. 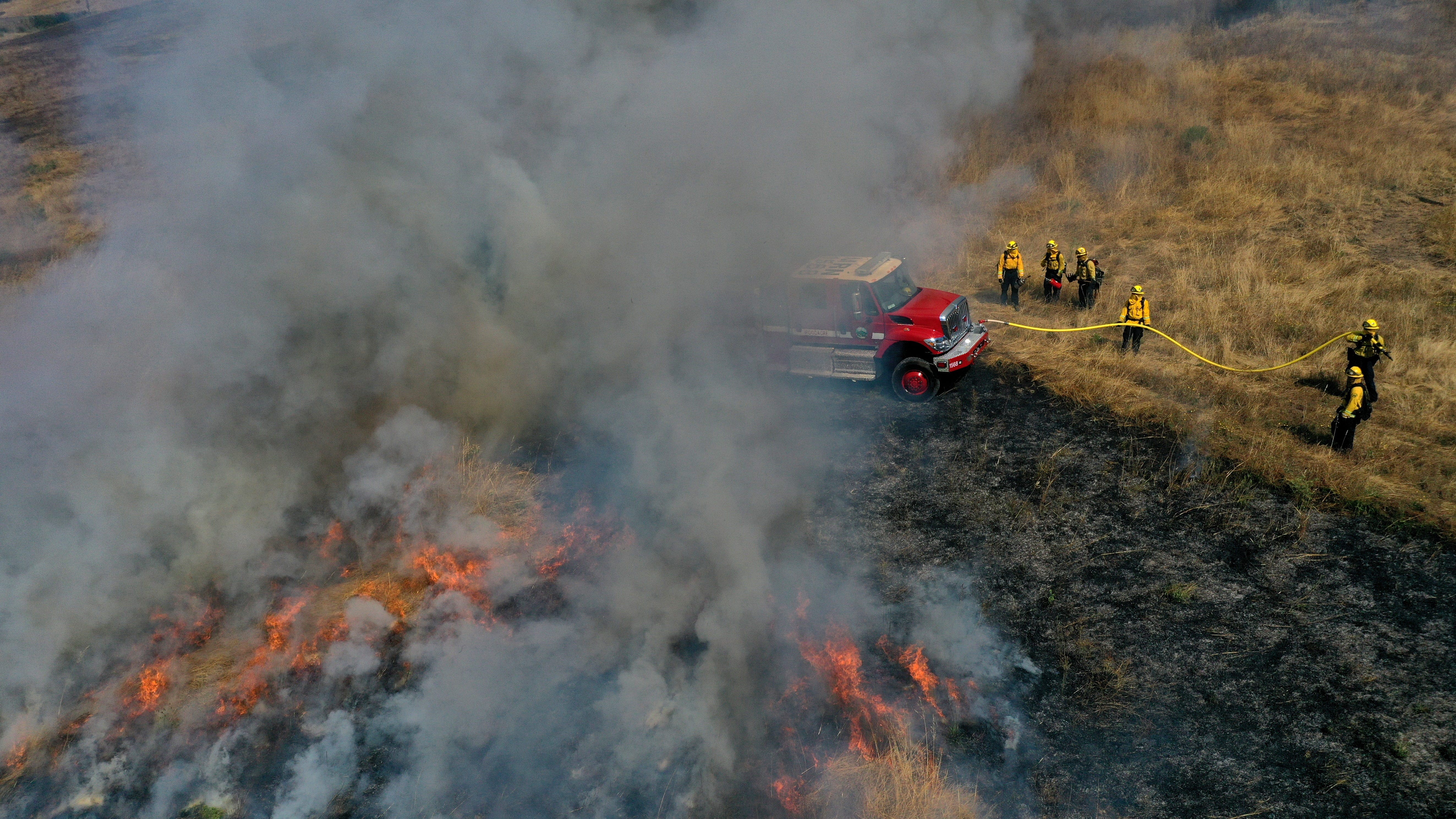 music
Harry Styles new haircut is a call back to another era
music
After rapping about unemployment fraud, Nuke Bizzle got arrested
sports
In a few short weeks, Antonio Brown could be back in the NFL
music
Jim Carrey trends as some ‘SNL’ fans critique his Joe Biden impression and call for replacement
music
Richie Sambora blasts back at Jon Bon Jovi: 'Are you kidding me?'
music
Brian Wilson says he has 'zero' to do with Beach Boys performance at Donald Trump fundraiser