Gov. Gavin Newsom was in Napa County on Thursday to receive a briefing and survey damage in some of the communities hardest hit by the Glass Fire.

Standing in the remains of Foothill Adventist Elementary School, Gov. Newsom said it was an all-too-known setting for many Californians.

"It’s a scene that’s also very familiar with people in the Napa and Sonoma region that have been torn asunder by wildfires seemingly every single year," the governor said. 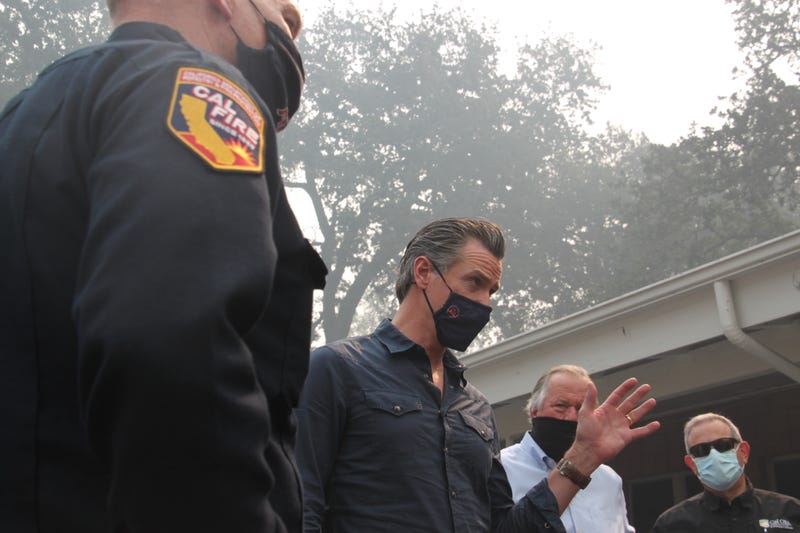 The governor surveyed the extensive damage in the small community, situated near the ignition point of the fire, site of what could be the most dramatic damage from the Glass Fire.

Gov. Newsom said the state has made gains on its more than two dozen wildfires, but with another Red Flag Warning impacting much of the Bay Area, cautioned that we aren’t out of the woods yet.

He warned that residents should take any new evacuation orders very seriously.

"Don’t risk your life," he said. "You can replace your property, but you can’t replace a life lost, including your own." 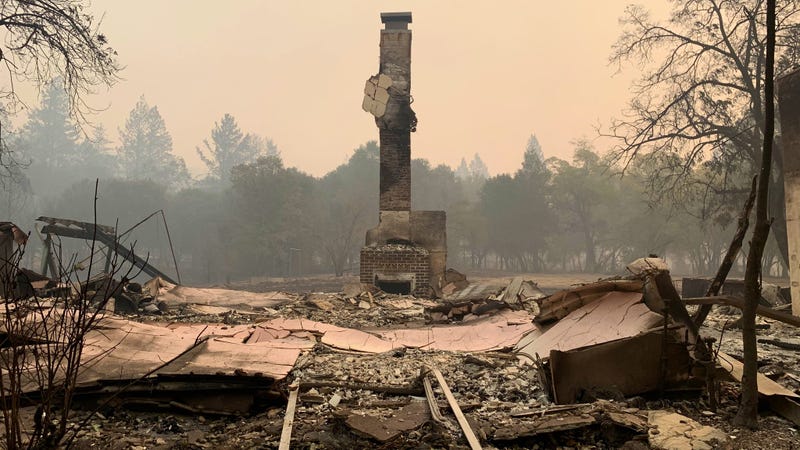 Homes across the Napa County community of Deer Park were destroyed by the Glass Fire, which is thought to have ignited nearby. Photo credit Mike DeWald/KCBS Radio

Gov. Newsom also responded to the national debate over the state’s historic wildfire season, criticizing the federal government for not providing enough assistance in the management in federal lands.

"The majority of the work that’s been done on federal forests has been done by taxpayers of the state of California."

He said it was encouraging that the issue of wildfires was raised at this week’s lively presidential debate, and that he hopes President Trump has a better understanding of the impact of climate change after his recent visit to California. 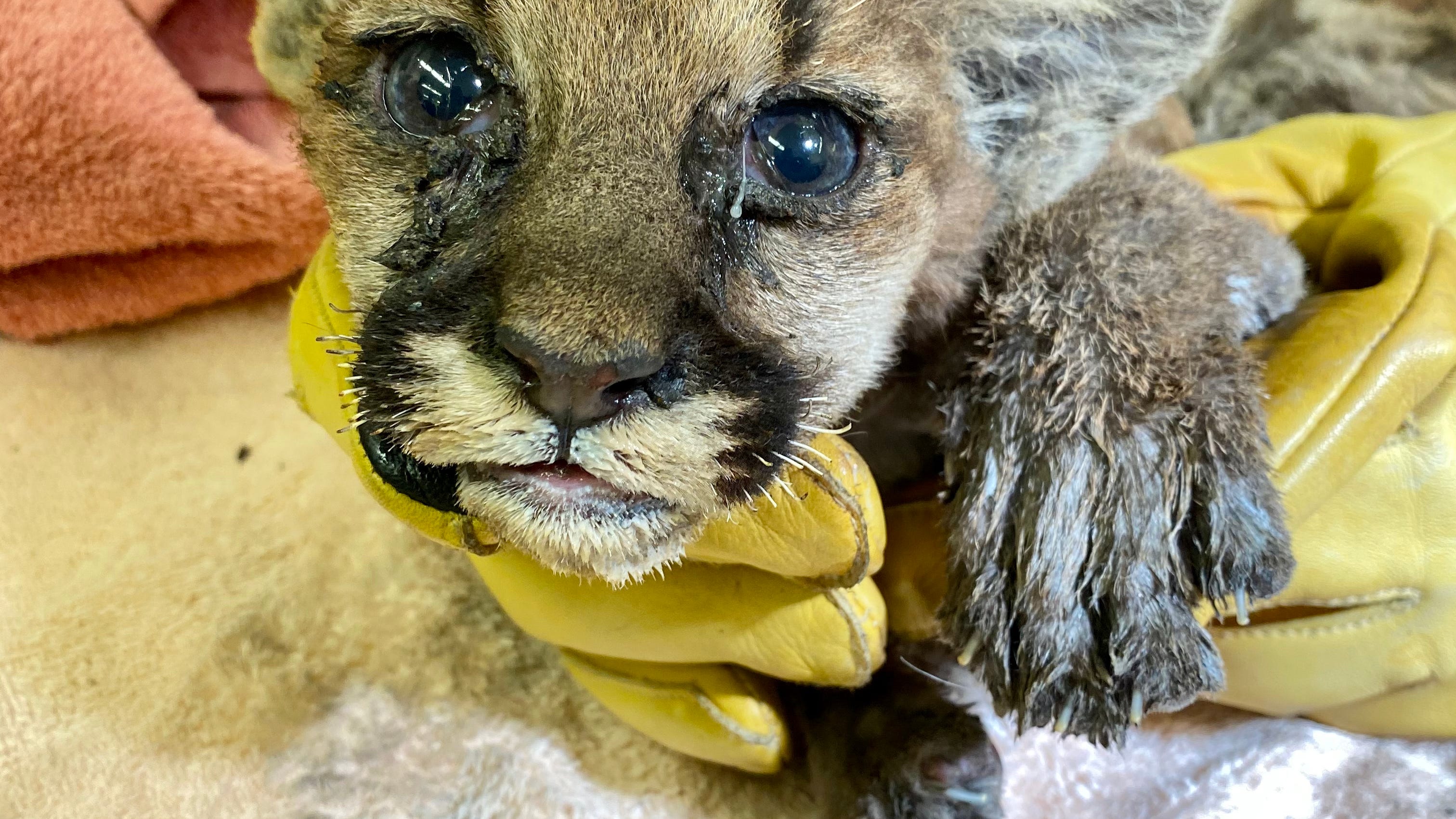 The Glass Fire continues to burn nearly out of control in Napa and Sonoma counties.