It’s already the most expensive ballot measure in California history and one of the most hotly contested.

Proposition 22 was put on the November ballot by rideshare and app delivery companies, asking voters to exempt their drivers from AB5, the California law that classified gig workers as employees.

If Prop 22 passes, companies like Lyft, Uber and DoorDash, Instacart and the rest would not have to provide the benefits that full-time employees get and would get to treat their drivers as independent contractors - the way they were when the companies launched and before AB5 became law.

Strano points to a $360 per month health care stipend that will come to rideshare drivers as further incentive to vote for Prop 22. "That’s something that a lot of my riders don’t realize because the message hasn’t really gotten out about that here in the Bay Area," he told KCBS Radio’s "The State Of California."

The fight has spilled into your mailboxes and TVs, as buys from both sides have gone through the roof.

"They’re spending a lot of money because they’re trying to convince everyone in the state that this is a different type of economy," Strano said. "This is a gig economy. You can’t just schedule drivers and that’s what would happen."

Strano calls the self-scheduling aspect "the beauty of doing this job."

He said his own informal poll proves that most drivers want Prop 22 to pass. 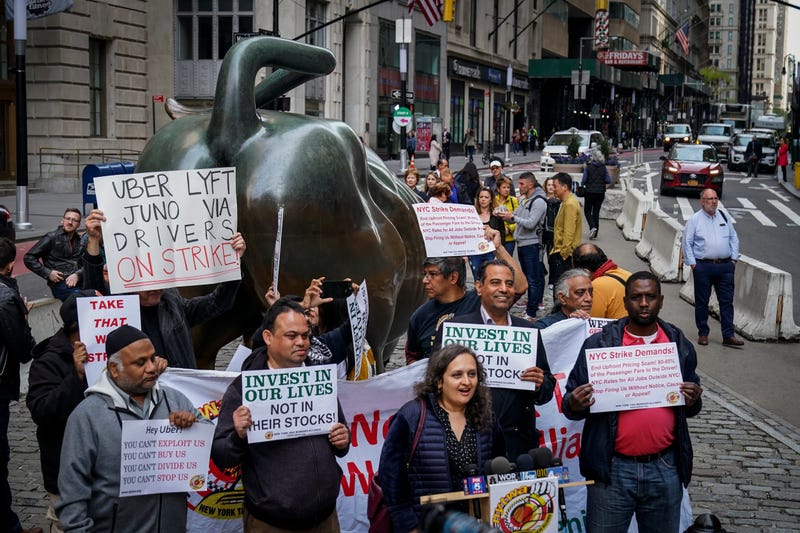 A small group of independent drivers and supporters protest against Uber and other app-based ride-hailing companies near the Wall Street Charging Bull, May 8, 2019 in New York City. Photo credit Drew Angerer/Getty Images

Cherri Murphy, a Lyft driver from the East Bay until coronavirus hit, disagrees.

She's pushing back on Prop 22.

"It’s a ballot measure written by multi-billion-dollar corporations, Lyft, Uber, DoorDash and Postmates to deny workers basic wages and labor protections, and create a special exemption for themselves," she said.

Murphy doesn’t believe the popular sentiment that the gig economy will disappear or Uber and Lyft will leave California entirely if Prop 22 passes. She believes it’s a threat from the companies "because they know it will scare drivers."

"Billion-dollar corporations can afford to provide workers some flexibility and benefits, like unemployment, sick leave and workers compensation," Murphy said. "There’s nothing in the California law that is taking away that driver’s flexibility."

Uber and Lyft and other gig-economy juggernauts have spent about $200 million pushing voters to get behind Prop 22. Meanwhile, the unions fighting it have raised about $20 million. 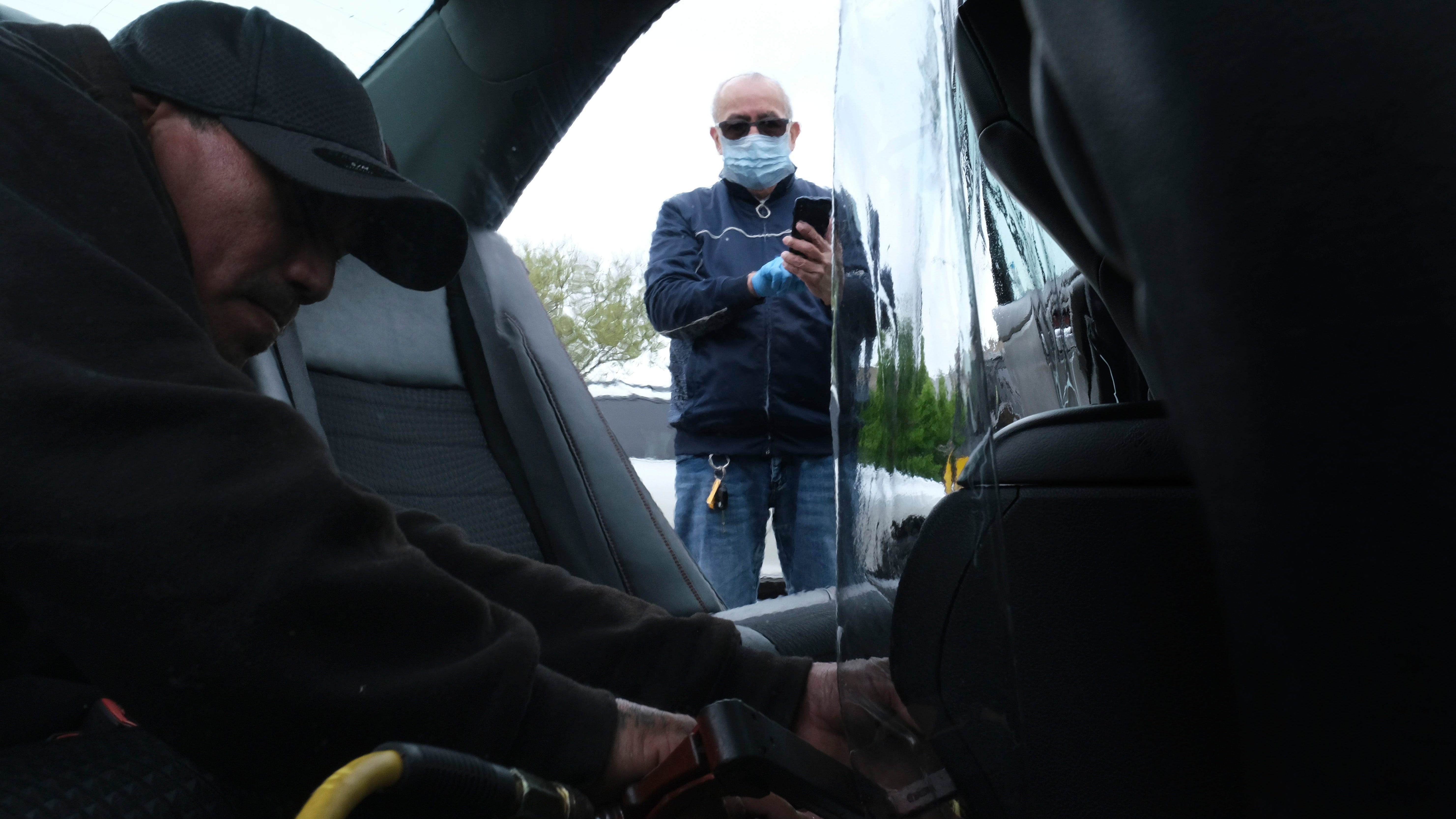