As the Glass Fire burns unchecked, threatening Wine Country communities like Calistoga, the National Weather Service has issued a new Red Flag Warning for the North Bay mountains and the very region the fire is scorching.

The warning takes effect at 1 p.m. Thursday and lasts until 6 p.m. Friday.

Red Flag Warning for the North Bay Mountains and areas at and around the #GlassFire starting at 1PM Thursday. While not expecting the same critical fire conditions as what was observed earlier this week, critically dry and breezy conditions are expected in the area.#Cafire pic.twitter.com/RbjK4VhPLx

While crews have had more favorable weather conditions to work with the past two days, that is not expected to last. Temperatures are expected to climb to triple digits beginning Thursday, ushering in a Heat Advisory for most of the Bay Area.

As if that wasn't enough, smoke from the Glass Fire quickly deteriorated air quality across the Bay Area on Wednesday. These photos were taken in the exact same spot Tuesday and Wednesday just outside Oakville roughly 24 hours apart by KCBS Radio's Megan Goldsby. 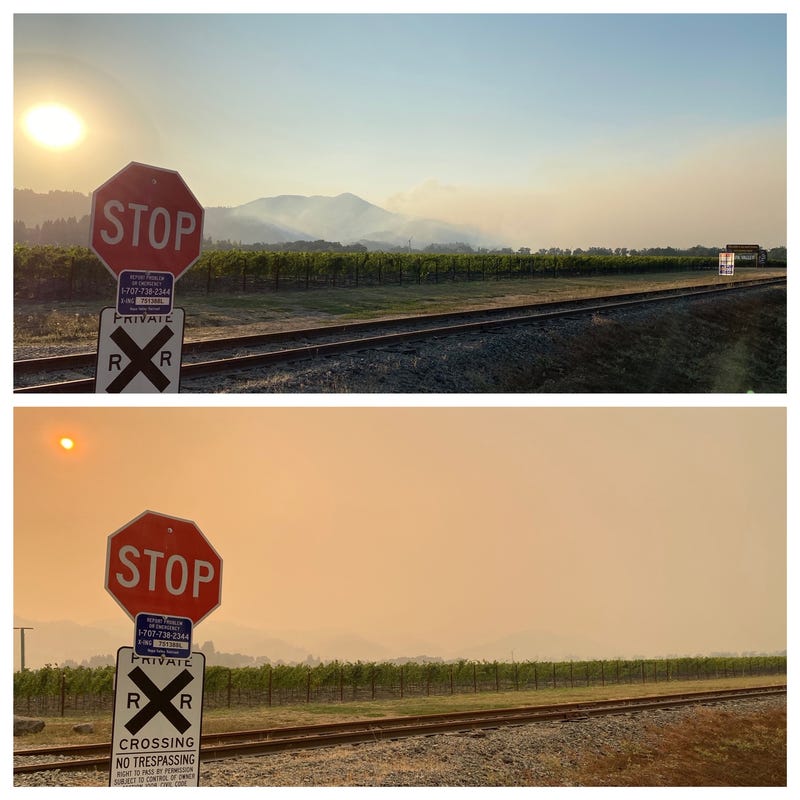 Smoke from the Glass Fire clogs up the air in the North Bay. Photo credit Megan Goldsby/KCBS Radio

According to the National Weather Service, smoke from the Glass Fire is combining with smoke drifting in from the August and North Complex fires to make for an unhealthy combination over the next few days. 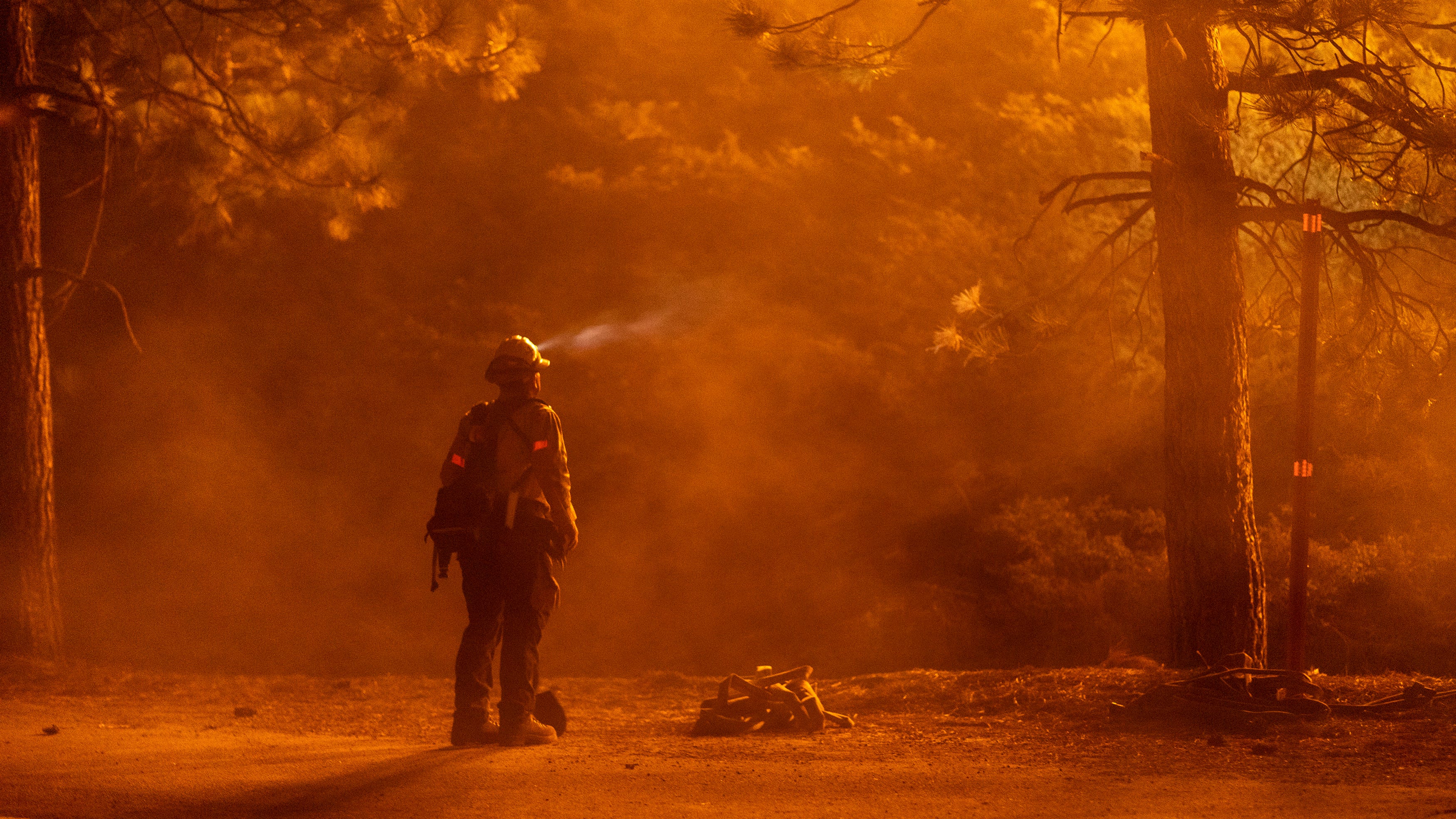 Firefighters stretched to the limit during nonstop fire season