The Contra Costa County Sheriff’s department has arrested a 26-year-old man who was involved in multiple shootings Saturday night, including one that left a medic and fire personnel injured as they responded to a medical emergency in Antioch.

Sheriff’s officials announced in a statement on Sunday, the suspect, identified as Darryon Williams of Stockton, was arrested in the City of Richmond.

A CON Fire firefighter and medic were shot while on a medical call in Antioch last night. Their wounds are said to be non life-threatening. Our thoughts are with you and wish you a speedy recovery.

Williams is accused of shooting at Antioch police officers, AMR medics and CON Fire personnel in a drive-by shooting just before 9 p.m. Saturday. Two were hit and sustained non-life-threatening injuries. Williams fled the scene and was pursued by numerous law enforcement agencies before he was taken into custody.

Williams is also accused of killing a 64-year-old man at his house on the 2100 block of Newport Court in Discovery Bay.

Sheriff’s Deputies found Michael Iliff, 64, of Discovery Bay dead in the house as they conducted a welfare check Saturday night.

Williams was booked into the Martinez Detention Facility around 1 p.m. Sunday on charges including one count of murder and ten counts of attempted murder. He is being held on $11 million bail.

Meanwhile, Sheriff’s Office detectives are trying to locate Williams’ four-year-old son and Kimberly Meeks, 31, who is a Discovery Bay resident and the mother of the child. Officials said she has links to the Stockton/Sacramento area. 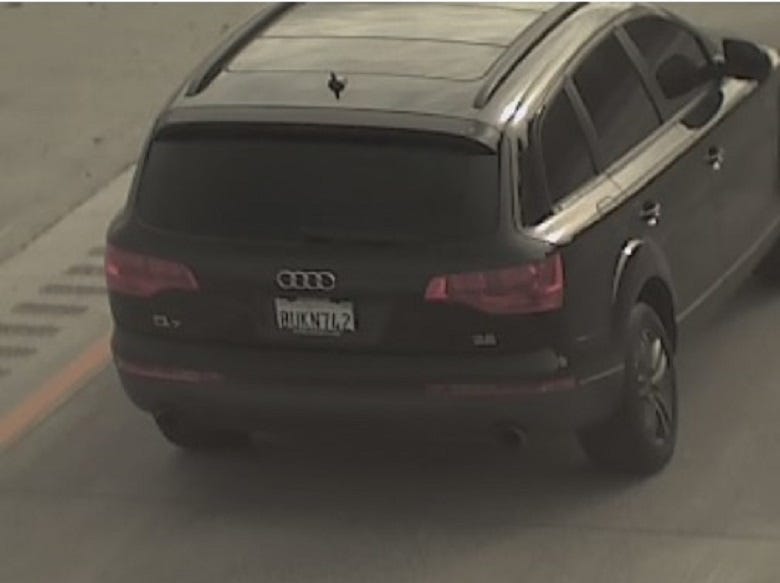 Meeks and the child are reportedly traveling in a dark colored Audi SUV with California license plate 8UKN742. Officials said deputies are concerned for their safety.

For tips, residents can also email tips@so.cccounty.us or call (866) 846-3592 to leave an anonymous voice message.