They may look like circus tents, but a pop-up education hub in San Leandro sponsored by the Alameda County Sheriff’s Department is helping children with distance learning.

As you walk around the property in the Ashland neighborhood of San Leandro, one thing pops out. It’s actually the question Nick Lusson, Athletic Director for the Alameda County Sheriff’s Activity League, told KCBS Radio he’s getting about the red and white tents a lot.

"Why are the kids going to school in a circus tent?” he said. 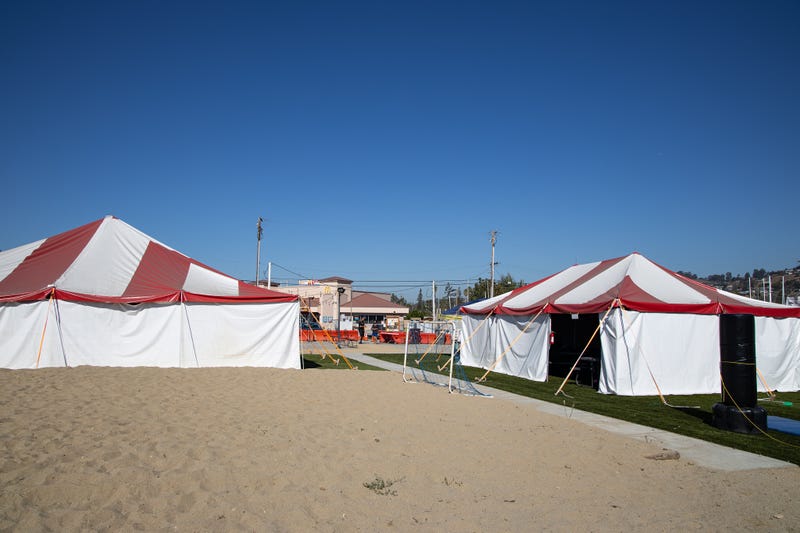 "The first day we did this we had several kids say it was the best day of school they had ever had," Lusson said.

During one of her 15-minute breaks, 4th grader Erikka Flores kicks a soccer ball around on one of the Astroturf fields.

"Having fun and playing with my friends," she said. 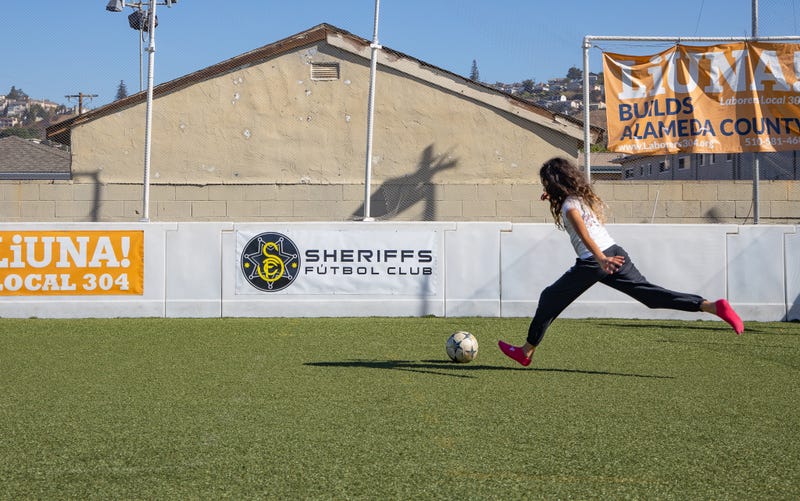 The students sit six feet apart wearing masks on opposite sides of picnic tables, with access to WiFi and those sports fields during their breaks, but there’s a deeper reason the sheriff’s department is spending resources on education in this neighborhood.

"We have higher rates of crime in Ashland and have for decades," said Hilary Bass, Executive Director of the Alameda County Sheriff’s Activity League. "We can add cops and we can add arrests and it won’t change that dynamic, unless we invest downstream in the community itself."

Bass said they just have room for 24 students each day, but demand for has been overwhelming. Now, even the San Lorenzo Unified School District wants in.

"We are developing a proposal with them as we speak," Bass added. Where do California parents stand on reopening schools amid the pandemic?