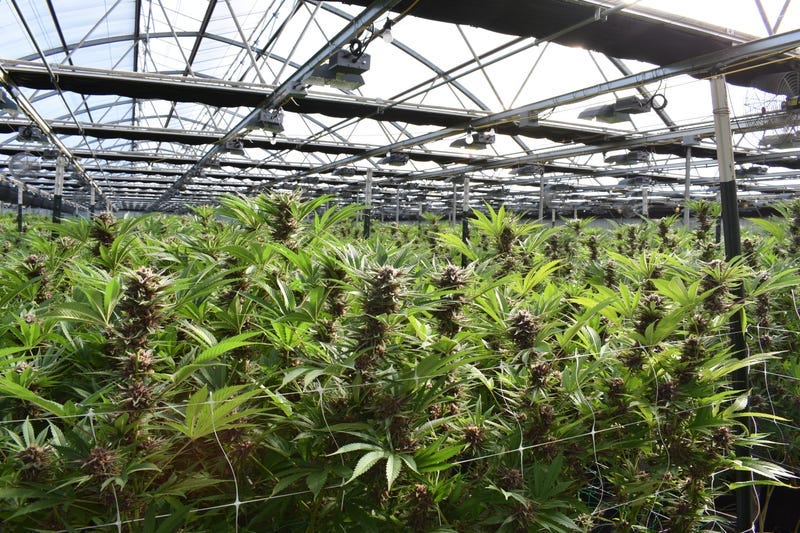 TRENTON (WCBS 880) — New Jersey will become the 12th state in the country, plus the District of Columbia, to legalize the use of recreational marijuana for adults.

On Tuesday night, The Associated Press announced that residents in the state had approved a constitutional amendment to allow recreational use of the drug. As of 10 p.m., with 58% of precincts reporting, 67% of voters were in favor of the change.

State lawmakers first tried to get it done in Trenton but, the votes weren’t there.

"They decided that they would basically punt and ask the people of New Jersey if they wanted to legalize the recreational use of marijuana," said Greg Edwards, with Don't Let New Jersey Go to Pot.

Edwards told WCBS 880 last week that the effort was simply motivated by those who “see dollar signs” – including commercial cannabis producers.

Axel Owen, with NJ CAN 2020, however, says the economic benefits to legalizing marijuana are big, with the potential to generate $300 million in additional tax revenue.

Earlier Tuesday, WCBS 880 asked Gov. Phil Murphy how soon New Jersey might see dispensaries in place, should the vote lean in favor of legalization, to which he responded: “It'll come sooner than later.”

"I can't give you an exact date. We need legislation that would enable it to happen,” Murphy said. “We're working very well with the legislative leadership on that. We need to put a commission together, an executive director of the body that would oversee it. Those are steps that I think we could take pretty quickly.”

State Sen. Nick Scutari, who authored the legislation and has fiercely pushed for the change, says while New Jersey has voted in favor of the drug, it’ll be a while before residents see change take effect.

“Legally it’ll be readily available very quickly. The problem is, from what I understand, is that the facilities that are already licensed are not prepared to have enough product to sell. So, as quicky as they can ramp up will be as quickly as they’ll be available at our licensed facilities,” he said.

Scutari says the Legislature still has to establish enabling legislation and work on decriminalizing marijuana arrests.

New Jersey voters were also deciding on two other ballot questions, of which they were likely to vote in favor of.

By late Tuesday, The Associated Press was projecting residents would approve the second ballot question that asked whether military veterans who served during times of peace should be eligible to receive a special property tax deduction.

The other issue was whether the state should delay its legislative redistricting process and use of new districts is Census data is received after February 2021.

In terms of the presidential election, Democrat Joe Biden was projected to win the majority of votes, giving him the state’s 14 electoral votes.

Sen. Cory Booker was also projected to win a second full term in the Senate.